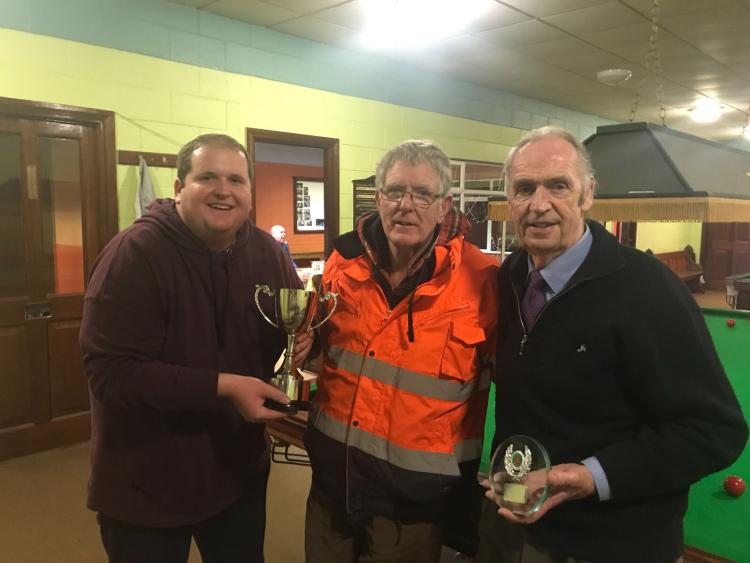 David 'Bomber' Kavanagh was the winner of the Snooker Singles Tournament Final played recently in the O'Brien Hall, Borris-in-Ossory.

Kavanagh defeated Tom Kearns by three frames to one in a very exciting and entertaining final. The highlight of the final was Bomber’s break of 35 in the third frame.

After the game club chairman Leo Kelleher congratulated both players and presented the O’Brien Hall Snooker Perpetual Trophy to Bomber and runner up trophy to Tom.