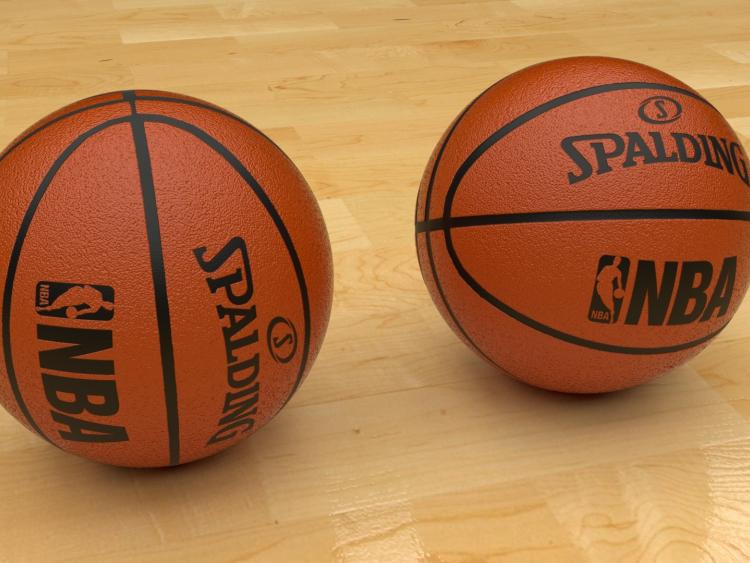 The Panthers ladies were on the back of a midweek defeat against Clonaslee and were out to prove a point after a lack lustre offensive display against their mid week rivals.

The opening of the game saw both teams go basket for basket with Ballyroan's Clare Byrne taking advantage of the gaps in the Panthers defence. Portlaoise however, made the most of Ballyroan's meagre inside defenders with Anna Connolly scoring some skilful inside plays, with complimentary outside shots from the consistent field scoring of Lorraine McCormack and Lisa Clancy.

Despite Ballyroan's Mairead O'Connell testing the Panthers defensive boards, Lorraine McCormack answered with several fast break lay-ups and outside shots on the set offence to create a substantial lead.

Grainne O'Sullivan showed her competence for outside shooting causing the Ballyroan defence to leave openings for the introduction of Ann-Marie Troy’s dominant left handed moves.

Panthers tight defence saw Ballyroan's Clare Byrne being suppressed in her offensive game, leaving Helena Dempsey to make some vital scores for the away side.

The second half saw panthers Shauna Burke and powerhouse Grace Delaney cause the Ballyroan defence to fade, despite the vivacious effort from the Ballyroan ladies they couldn't match the strength of the Panther girls inside plays.

Panthers turned up the pace in the third and final quarter with Pam Grogan running a speedy fast paced fast break game against a tiring Ballyroan side. Deirdre McCaul and Nacola Nerney ran the lanes and created opening scores for the inside trailing players.

Grace Delaney proved her strength inside under the boards by drawing fouls and taking herself to the free throw line.
Ballyroan Cougars put on a valiant effort but with missing one of their main offensive players Jean McEvoy, who took up a coaching role in this game, Panthers finished with a comfortable win.

The Panthers ladies welcomed their confident win and are feeling vibrant and upbeat going forward with their busy schedule of games ahead seeing them play two games next weekend, both Saturday and Sunday.

Portlaoise travelled to Clonaslee on Thursday night last for a top-of-the-table clash.

When these two sides met earlier in the season, Portlaoise took the victory over an unusually off form Clonaslee side but as the season has progressed both sides were finding their form and everything pointed to another great battle between these two sides.

The first quarter was played at a fast pace with Portlaoise getting into their stride putting early points on the board through Grace Delaney and Anna Connolly.

It took a few minutes for Clonaslee to settle into the game before Annie Digan rattled off her first of six three pointers in the game to keep Clonaslee in the game early on.

Portlaoise Panthers continued to dominate on the offensive end and Lorraine McCormack was playing a leading role from the point position scoring five points and creating further scores for Anna Connolly and Grace Delaney.

Another two baskets from Yvonne Comerford and a big three from Niamh McEnhill brought Clonaslee within five points but the Panthers girls looked fully in control by the end of the first quarter on a score line of 11 points to 16 points.

The second quarter saw Clonaslee turn the game on its head as they went on a scoring spree that Portlaoise never recovered from.

Clonaslee clocked up 22 points in the quarter with 12 of these points coming from up and coming star Annie Digan. Portlaoise could not stem the flow of outside scores and then struggled to convert their own chances under their boards.

The home team were in cruise control for the quarter allowing Grainne Fenlon hit two long range twos to pile the pressure on Portlaoise.

Portlaoise dug deep in the closing minutes through Ann Marie Troy who made some crucial stops while Amy Byrne and Grainne Tomlinson added a score each to add to their teams tally but at the half time whistle Clonaslee lead 33-22.

At the half time break Portlaoise regrouped but it was Clonaslee who stayed in control and were not going to let Portlaoise get back into the game easily. Pam Grogan moved the ball inside to Grace Delaney and Clonaslee found it difficult to contain her as she clocked up seven points for her side.

Clonaslee continued their exhibition of shooting through Grainne Fenlon and Annie Digan before Roisin O’Donovan scored two tough baskets to give her side a 15 point lead with only one quarter remaining.

The fourth quarter saw Portlaoise step up their defence and deny Clonaslee many scoring opportunities.

On the offensive end Portlaoise tried to eat into the Clonaslee’s lead and pulled it back to 10 points through inside play by Connolly, Troy and Delaney but couldn’t close the gap any further.

Clonaslee prevailed as deserved winners at the full time whistle and no doubt there will be more enjoyable clashes between these two sides as the season goes on.