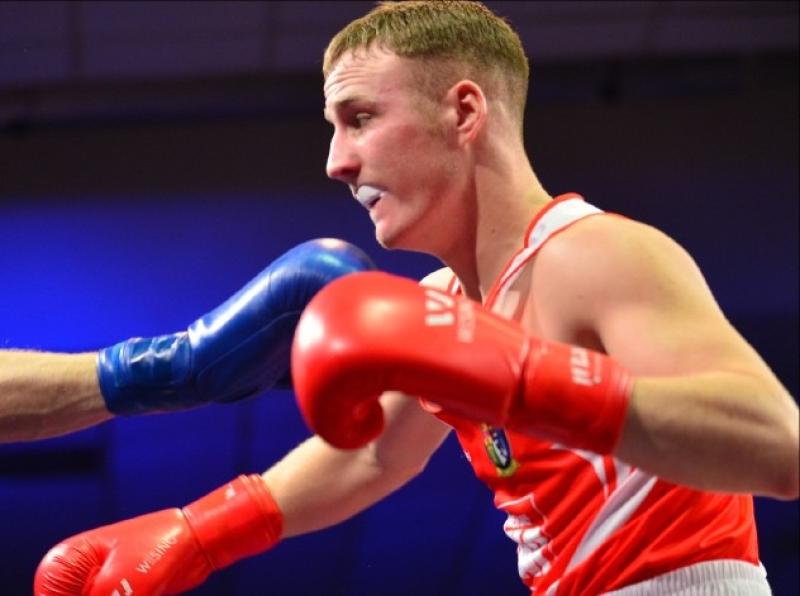 Disgraced Portlaoise Boxing Club and Irish International boxer Michael O'Reilly been hit with a four-year for testing positive to taking a prohibited anabolic steroid substance ahead of the Rio Olympics.

Ireland and the Irish Athletic Boxing Association have jointly confirmed that the boxer has received the ban for testing positive for methandienone.

is an androgen and anabolic steroid performance-enhancing substance.

He tested positive in August 2016 before departing to the games. He travelled to Rio but was forced to return home in disgrace. He formally admitted a violation but said he had taken the substance unintentionally.

In written submissions to Ireland, confirmed that the supplement he had taken was 'Falcon Labs Superdrive Testobooster Tech'. An opened tub of the product provided was tested at a WADA approved laboratory in Cologne which reported that while the product contained methandienone, the concentrations were not consistent with the timeline of events asserted boxer.

At a meeting in early the boxer was told that a ban would be imposed but he disputed that. The ongoing appeal process has delayed a final decision.

O'Reilly represented Portlaoise Boxing Club at schoolboy, junior and senior levels. He was the clubs must successful boxer.

He represented Ireland at junior and senior levels.

A national champion, the middleweight was a winner at junior levels internationally. His first major senior international tournament was the 2015 European Games in Baku, where he won the gold medal. He won bronze at the 2015 AIBA World Boxing Championships.

He qualified for the Rio Olympics at the AIBA World Olympic Qualifying Tournament in Baku.

He was one of the favourites on the Irish boxing team to win an Olympic medal but his dreams were shattered after he was suspended for the positive test.

Ireland and the Irish Athletic Boxing Association jointly confirm that the Irish Anti-Doping Disciplinary Panel has sanctioned Michael O'Reilly for the commission of an anti-doping rule violation. O'Reilly, an international level boxer who was part of the Irish boxing team for the 2016 Olympic Games in Rio de Janeiro in Brazil, has received a period of ineligibility of 4 years for testing positive for methandienone. O'Reilly was tested on 11 July 2016. O'Reilly was notified of the positive test result on 4 August 2016 and he was provisionally suspended from 5 August 2016.

On 5 August O'Reilly informed the Irish Anti-Doping Disciplinary Panel (the "Panel") that he intended to appeal his provisional suspension and requested that the 'B' Sample be analysed. On 9 August 2016, the WADA accredited laboratory in Cologne confirmed the presence of methandienone in the 'B' Sample. Also on 9 August 2016, after receipt of detailed submissions from Ireland regarding his appeal, O'Reilly withdrew the appeal and confirmed he was not contesting the substantive result of the tests. On the same date, through his solicitor, O'Reilly confirmed that he "freely admits that he unintentionally took a supplement that may have contained a prohibited substance". He formally admitted the anti-doping rule violation by letter dated 23 August 2016 and indicated that he wished to engage in a consultation process with Ireland.

Following correspondence between the parties O'Reilly, in written submissions to Ireland, confirmed that the supplement he had taken was 'Falcon Labs Superdrive Testobooster Tech'. O'Reilly had not disclosed at the time of the test that he had taken the supplement. Mr O'Reilly provided an opened tub of the supplement in question to Ireland. Samples of the opened tub and an unopened tub of 'Falcon Labs Superdrive Testobooster Tech' were tested by the WADA approved laboratory in Cologne which reported that while the product contained methandienone, the concentrations were not consistent with the timeline of events asserted by O'Reilly.

O'Reilly requested a meeting with Ireland when invited to comment on this and at that meeting Ireland indicated that it intended to impose a sanction of 4 years. O'Reilly confirmed he did not accept this sanction and elected to refer the matter to the Panel to decide on . A provisional hearing date was fixed for 11 April 2017 which was subsequently moved to the later date of 1 June 2017 at O'Reilly's request to permit him to obtain an expert report.

A timetable for exchange of documents was agreed and, while O'Reilly filed his submissions on time, he did not file an expert report nor did he indicate that he would be calling an expert witness. O'Reilly subsequently sought additional time for filing of his report and on 30 May the Panel adjourned the hearing until 5 October 2017 for this purpose.

O'Reilly produced an expert report on 22 September 2017 which Ireland asserted was inadmissible due to it not being signed. On 5 October 2017, the Panel ruled that O'Reilly had until 13 October 2017 to produce a valid report and, if produced, Ireland would have the opportunity to prepare its own report. The hearing was adjourned until December and, in this time, O'Reilly produced an admissible expert report with Ireland commissioning its own expert report in response. The adjourned hearing proceeded as scheduled on 7 December 2017.

Having considered the evidence and submissions as made, the Panel produced its detailed findings on sanction. The Panel concluded that O'Reilly had "not discharged the burden of proving that his admitted anti-doping rule violation was not intentional" and accordingly imposed a 4 year period of ineligibility on him as is required by the Irish Sports Council Anti-Doping Rules 2015 (the "Rules"). It was also not satisfied that O'Reilly's evidence disclosed any basis to reduce or eliminate that period. The Panel was satisfied that O'Reilly's admission was a timely admission as understood by Article 10.7.2 the Rules and therefore concluded that it was appropriate to backdate the period of ineligibility to commence on 11 July 2016, being the date that the test was taken.

O'Reilly's period of ineligibility will run up to and 10 July 2020.

The decision of the Irish Anti-Doping Disciplinary Panel can be viewed here: ://sportireland.ie/Anti-Doping/Current-Sanctions/ISADDP%20Decision%20Michael%20O'Reilly%2026%20Feb%202018.pdf

A note on the chronology of the case can be viewed here: ://sportireland.ie/Anti-Doping/Current-Sanctions/Note%20on%20Chronology%20-%20Michael%20O'Reilly.pdf