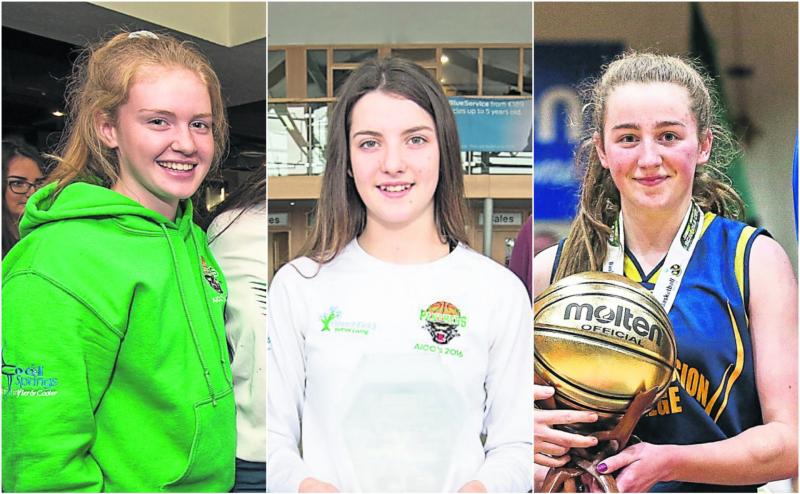 Three members of the Portlaoise Panthers U-16 girls team have been chosen on the Irish U-16 panel for this year's European Championships in Montenegro.

Ciara Byrne, Shauna Dooley and Gillian Wheeler have all made coach Karl Kilbride's final panel of 16, after a tough selection process that involved training camps all over Ireland. Their selection makes Portlaoise Panthers the most represented team on the squad. Dublin powerhouses Killester and Galway side Titans both have two players on the panel, with a good spread among the rest of the country.

The Irish U-16s will play Denmark next month as part of their preparations for the European Championships in August. The Irish U-18 girls team made history last year by becoming the first ever Irish team to qualify for the finals of a European tournament, and the sport has been given a huge boost in recent times because of that success.

Coach Karl Kilbride laid out the team's plans for the coming months, while also urging those who missed out on the squad to keep working hard. "These decisions don't get any easier. At this stage of the programme, it's the tiniest of margins and details that separate people.

"The work these girls have put in - on and off the court - on a daily and weekly basis is nothing short of inspiring. For the ones who don't progress, they should be very proud of all they have accomplished and how far they've come. Hopefully they'll use this small blip in their long basketball journey as momentum to push on, and use what they've learned here to keep improving and make sure next time around, they reach their end goal.

"For the girls who have progressed; we're now down to 16 players who could easily represent their country at the European Championships in August. We travel to play Denmark (who compete in the U16 A Division this year) next month for what will be a real test to see can we put into practice in a game situation everything we've practiced and worked on over the past 17 months.

"With Montenegro rapidly approaching, the anticipation increases, as does the pressure. As a management team, we're all very excited for what's ahead for this group."