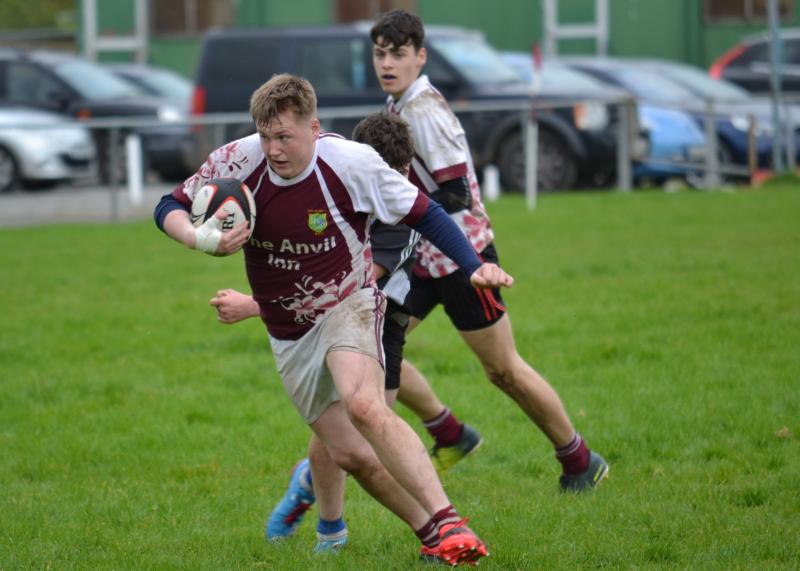 Portarlington secured an important victory in their last game of Phase 2 in the Leinster League on Sunday.

The result guarantees them a semi-final spot for the knock out stages as we enter the business end of the club rugby season. Port started the game with a good period of possession and control until a ball stripped in contact allowed Edenderry to break from the half way line and score under the posts against the run of play.

That score gave Port the wake up call that they needed as the side led by Arran Maher continued to impose themselves on the game and their pressure was rewarded when Andrew Evans exploited space out wide that had been created by his hard working pack. Evans converted his own try to tie the scores up.

Portarlington looked dangerous at all times with the ball as their back three of Tadgh Tully, Séan Cullen and Jake Doyle ran well into broken field space. The visitor’s pack further stretched their opposition’s defence with clever well supported carries from Lee Cuddihy, Kyle Ryan and Jack Whelan while Séan Mooney, Reece Cuddihy and Dylan Murphy took advantage of the space from the backline and when a well worked overlap again gave Evans an opportunity he finished in the corner to give his side the lead.

At this point though, Port began to get on the wrong side of the referee as they showed a lack of discipline by questioning decisions and that they were further punished by the boot of an exceptional Edenderry kicker, who slotted two long range penalties to give his side a single point advantage at the break.

Port’s focus seemed to improve as the second half began and they showed some really good cohesion and continuity. They marched their opponents back into their own twenty two before a quickly taken penalty released impressive all rounder Jake Doyle who scored out wide. Evans converted impressively and Port led 19-13.

A key moment then brought a set back when Portarlington’s full back Séan Cullen who had been dangerous in attack and ruthless in defence, was shown a yellow card for a dangerous tackle. However resolute defensive work from the entire Port team limited Edenderry to a further penalty kick during the sin binning as they controlled the ball effectively through captain Maher, Cian Farrell, David Egan and Stephen Carroll.

With their side restored to the full compliment, Port then looked the push the button as they again moved inside the Edenderry twenty two. A perfectly thrown line out ball was taken by the towering Lee Cuddihy and his pack set up a devastating maul that not for the first time allowed Kyle Ryan an arm chair ride at the back of the maul and this time he was within striking distance and finished unchallenged to stretch his side’s lead to ten points.

Well organised defending and good ball retention meant that Edenderry were limited to another penalty in the closing ten minutes and at the final whistle the scoreboard read Edenderry 19 Portarlington 26.

Portarlington will now travel to New Ross for the league semi-final on St Patrick’s Day weekend and having played the Wexford side twice already, and both sides taking a victory each, the Laois side will look to bring the resilience and attacking threats that they showed today into the knock out game.