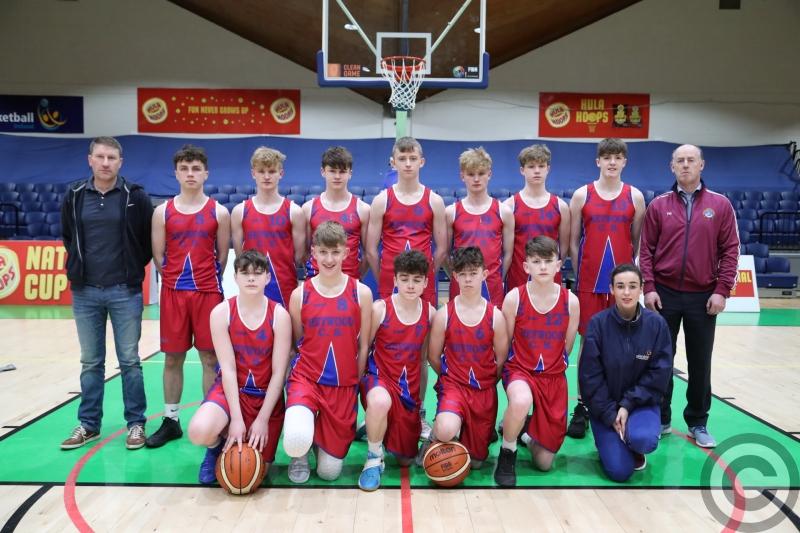 A final loss should not take away from the achievement of the U16 Heywood Community School Basketball team on reaching an All-Ireland Final.

A blistering opening quarter from St Patrick’s Grammar School, Armagh, laid the foundations for All Ireland victory in the Under 16 C Boys final at the National Basketball Arena in Tallaght on Thursday afternoon.

The Armagh school put up a huge 23-9 score in the opening quarter to give them a comfortable cushion to drive on from for the remainder of the game as for every other quarter, Heywood matched them score for score, but the damage had already been done. 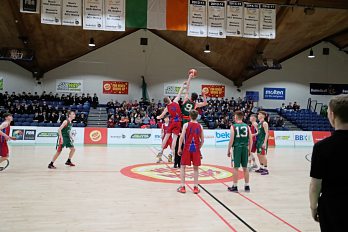 Superb scoring from Kajus Zagrelis and Michael McGleenan early on and, indeed, throughout the game, gave St Pat’s the early dominance, but the result was never fully secure until the final quarter as Heywood put up a brilliant second and third quarter display to try and close the gap. 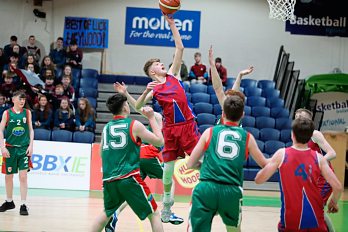 Brilliant work from Davin McEvoy and Conaire Gee as the second quarter got underway kept Heywood’s scoreboard ticking over. Strong defence from Fionan Mahony and Eoin Fitzgerald began to stem the tide of the St Pat’s attack, and they matched the Armagh’s schools scores from Stebe Donaghy, Pearse Donnelly and Oisin Terris with scores of their own at the other end, and trailed 39-22 at the half. 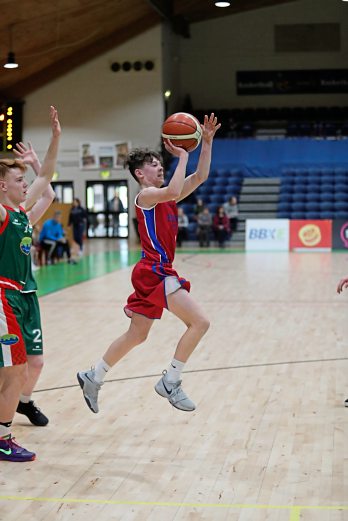 Again, an evenly matched third quarter ensued, with defence on top at both ends of the court as each side added just nine points to their tallies by the end of the quarter. St Pat’s were determined not to let this one slip through their fingers though, and a huge fourth quarter from MVP McGleenan and Zagrelis powered them ahead, and they went on to outscore Heywood by 17-9 in the last quarter to win out 65-42 in the end. 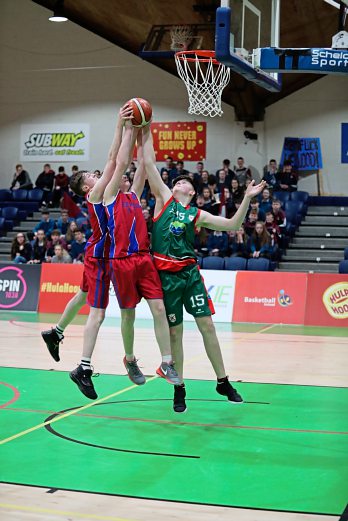