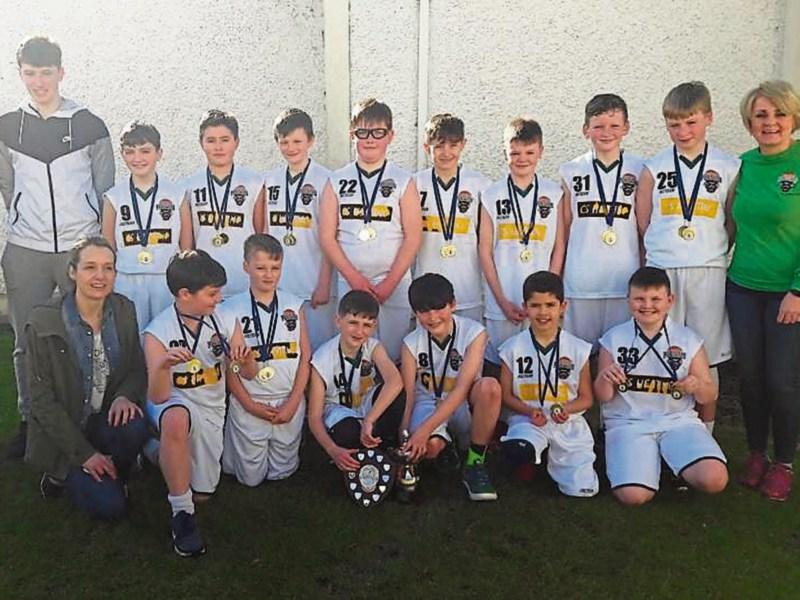 Portlaoise Panthers U-12 boys registered a convincing win over Kestrels in Colaiste Iosagain, Portarlington at the top four finals.

anthers had been unbeaten in the midland league this season and they proved to be too strong for the opposition once more. Portlaoise were first to score as David Harrington netted from inside the paint.

Cillian O'Connell was the next player from the home side with a two lovely baskets on the trot. Tony Walsh finished well on the fast break. Portlaoise were obviously the stronger team with brilliant defensive plays from Shane Walsh and Odhran Phelan.

In the second quarter the Panthers didn’t lose their lead with sharp shooting from Riley Comerford and Odhran Maher. Patrick O'Callaghan drove strong to the basket and finished well.

Panthers' big man Rory Tully battled inside and consistently dominated the boards on both ends of the court. Strong defense from Paddy Fitzpatrick resulted in many turnovers and ensured the Panthers went into half time with a strong lead.

The third quarter saw the already prominent gap widen even further as Odhran Phelan, David Harrington and Tony Walsh continued to add to the scoreboard. Cillian O'Connell hit three lovely baskets in this quarters and Fionn Stack played tirelessly on defense to ensure that the panthers brought the cup home.

In the final quarter Portlaoise continued to fight hard on both defense and offence, with great shots from Paddy Fitzpatrick and Riley Comerford. Sam Menendez played great denfense.

Rory Tully continued to work hard and intercept the ball right until the final buzzer. Portlaoise Panthers maintained throughout this game winning with the impressive score of 28-3.