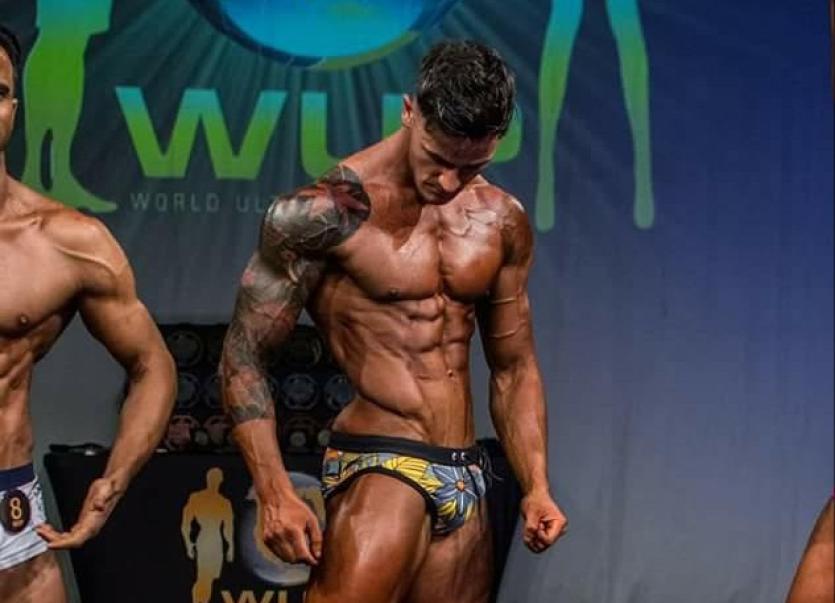 A Portlaoise man who claimed a world title last year is looking to go one better in 2018, in the competitive world of fitness modelling.

Tom Wright won the World Ultimate Physiques competition in 2017, and he is now preparing for two more competitions this year as he looks to build on his success.

Tom, a fitness instructor at the Zest Gym in the Killeshin Hotel, will be heading into a 16 week training block for competitions being held in California and London later this year.

It has been a roundabout route to this point for Wright, who harboured dreams of a career in soccer in his teens, after his talents on the playing fields earned him a college scholarship to the USA.

“I went to a place called Barton College in Kansas on a soccer scholarship, and I planned on staying out there, but I injured my knees.

“I was naturally lean and muscly from playing soccer, and I got a degree out there in Exercise Science, so I started training people to do shows. I wanted to stay competitive at something as well, so I put my head down for a year and got in good shape.”

Having moved back to Ireland, he now has a huge workload on his hands as he looks to compete in his new sport. “I train seven days a week. I do weights six days, and then I do cardio on the seventh day. I compete in the fitness model category, and that's different to bodybuilding, where you are just trying to be the biggest.

“With the fitness model category, you can look good but still play sport as well.”

His decision to pursue that category means a different type of training and diet. While bodybuilding tends to be full of people only too happy to pump their bodies full of steriods or human growth hormones, Wright is trying to show people they can get in great shape without resorting to that.

“I'm heading into a sixteen week training block, and I had an offer of sponsorship from a supplement company. I would get a tub of protein a week and I would have to be posting every day on social media, and I think that's very controlling. I'm more into doing it the natural way, and I'd love to get a natural food sponsor, like a butcher, but it's not well know in Ireland.” 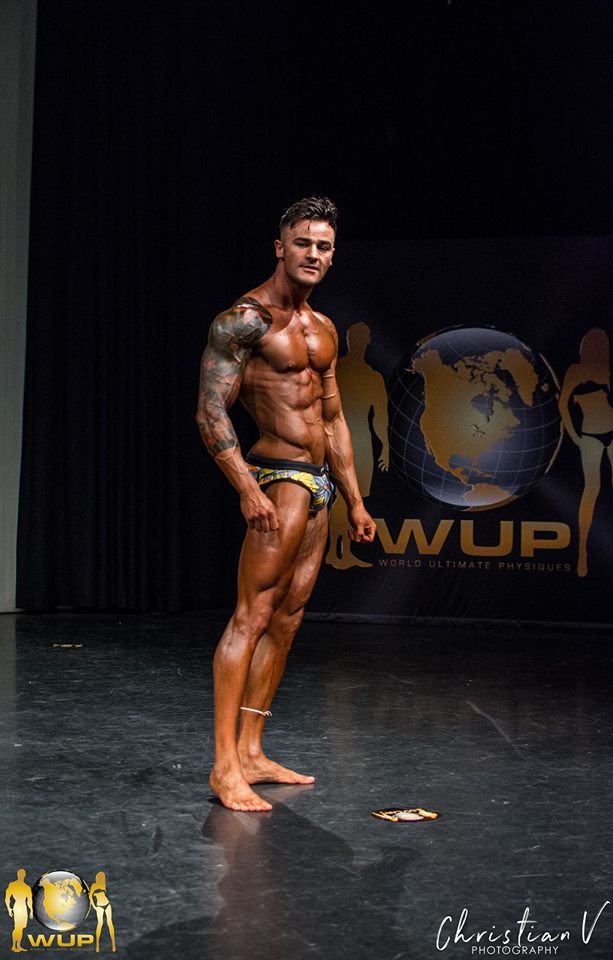 His degree from Kansas has informed his choices, and he knows all too well that the pressure on young people nowadays can see them make bad decisions when it comes to working out. “I studied this kind of thing in my degree, the effects of hormones on the body and on your health, and you need to know when to push and when not to, and what is the right age for doing different things.”

As he is now due to begin his latest training block, he also highlighted the impact it can have on his social life to compete at this level. “When I go into prep, it can be very anti-social. You can miss out on a lot because you are training, and then there is no drinking either, and you have to spend a lot of time cooking meals and looking after your diet.”

“I go slowly at the start and then training gets harsher and harsher. I also work with my father, he has a dairy refrigeration business. I train for around 50 minutes every day and keep it intense, no playing around or no talking, I just put everything into it.”

After winning the Irish, European and World Ultimate Physiques titles last year, he is now trying his luck in two other federations, having won all there is to win at his first attempt in the WUP last year.

A tough 16 weeks lie ahead, as he trains between Max Fitness and Zest in Portlaoise, and Extreme Gym in Naas. Lots of training, sweat, effort and chicken lies ahead. However, another world title will make it all worthwhile.