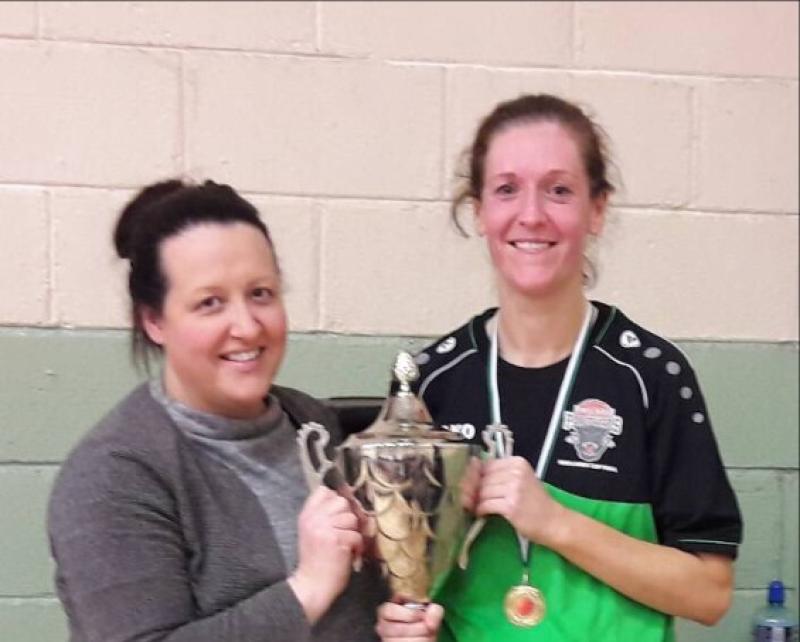 Portlaoise were up against an organised Heywood team in this Midlands Cup final held in St Mary's Hall.

Portlaoise started the game the better side with great passing and movement to create scores from Anna Connolly and Amy Byrne. Heywood settled down and moved the ball and added scores from Eimear McWey.

Portlaoise did not sit back as they stepped up their game and played some great defence. Portlaoise kept up the pressure to cause Heywood to turn over the ball, which led Portlaoise to have a run of scores from Amy Byrne, and Lorraine McCormack hitting two big shots from the outside.

Portlaoise were starting to settle into it and control the game to half-time.

Heywood kept up the fight after the break with some great shots from Catherine Malone and Valarie Lalor, but Portlaoise reacted positively with great pressure and counter attacking basketball. Great scores came from from Anna Connolly and Shauna Burke to extend the lead at the end of the third quarter.

Heywood came out knowing they needed to do more to stop Portlaoise, and worked with some great team defence to capitalise on the other end of the floor through Catherine Walsh.

Portlaoise called a timeout to give the girls a break and to change their strategy, and it worked as they started to spread the defence and add scores from Grainne Tomlinson and Anna Connolly.

Portlaoise called a timeout to keep the game controlled while coming to the end of the final. Heywood kept coming at Portlaoise but were not able to capitalise, and Portlaoise pushed the ball for the remainder of the game and finished with scores from Grace Delaney and Shauna Burke.

Portlaoise ended the game comfortable winners with some great team performance. Hard luck to Heywood after they put in a great effort.