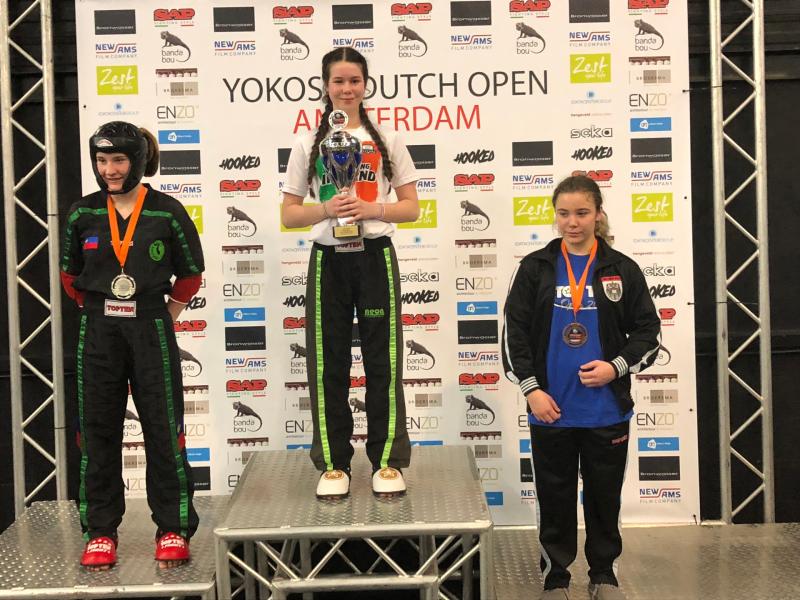 Chloe Shortall on the podium at the Dutch Open.

Caitlin Knight (9) represented the club first in the -28kg Light-Contact Section. It was Caitlin's first time to compete at international level. Caitlin competed first against an opponent from England before making her way to meet a great German opponent in the final.

Caitlin came away with a silver medal. Coach Shane Culleton commented "Caitlin has showed great resilience and focus considering it was her first time competing on the international circuit." 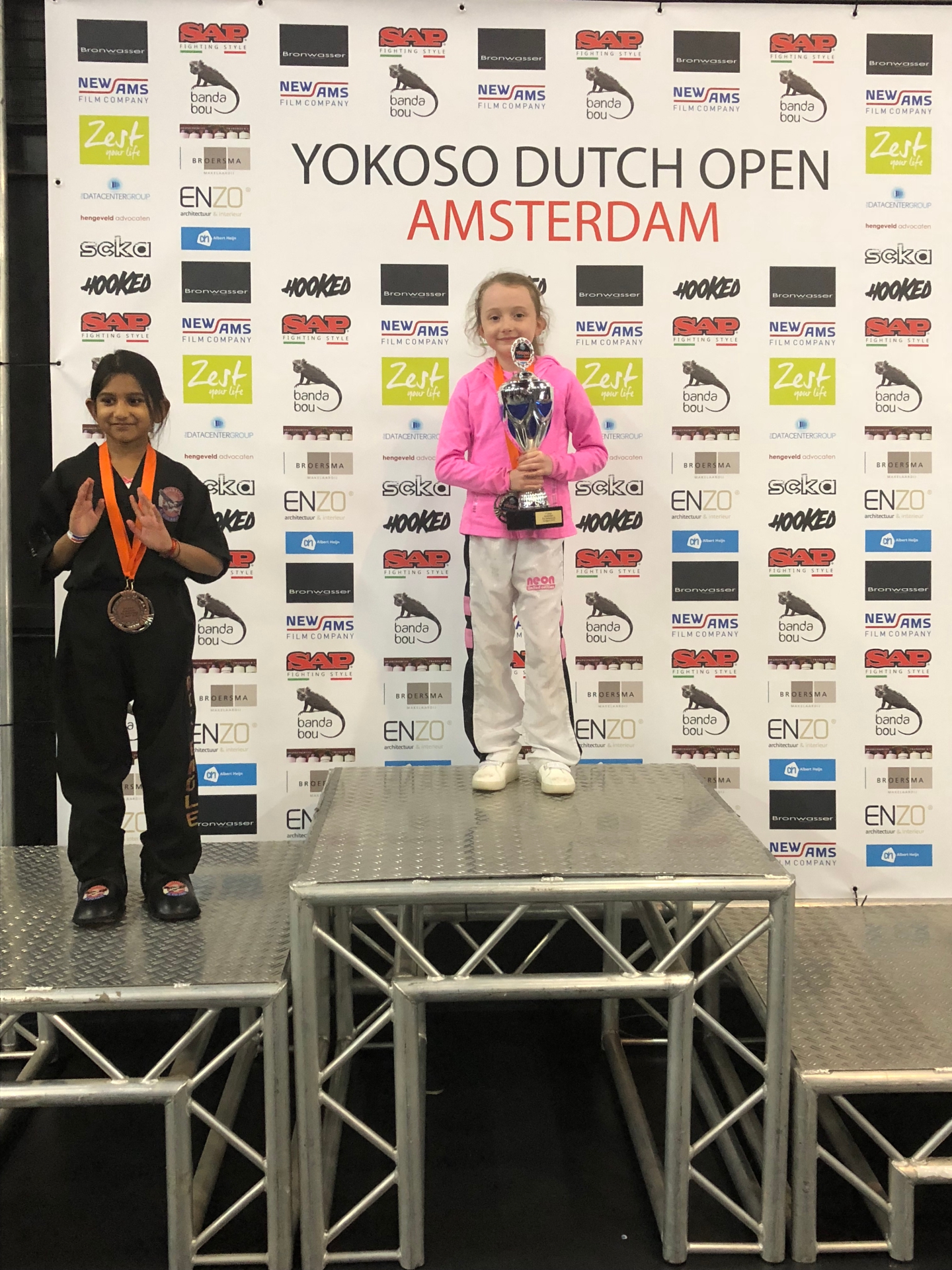 Cailtin (above) then moved on to compete in the -23kg Point-Fighting section. Caitlin fought really well on the day and won first place in the event becoming, Dutch Open Champion 2018.

Next up was Chloe Shortall (15), competing in four separate sections in the event consisting of three different categories in Point-Fighting and one section in Light-Contact fighting.

Chloe had ten fights in total on the day, three in light contact fighting and seven in point-fighting. Coach Shane Culleton commented “Chloe was fighting super well on the day and her fitness was very strong.

“She competed against many different competitors from different countries. The event was second to none in organisation and the level of the competitors was exceptional.”

Chloe secured a silver and bronze in two separate sections in Point-Fighting and Gold in Light-Contact.

For details on Point or Light and Full-Contact Kickboxing in Co. Laois contact 086-3399287 or find us on Facebook.