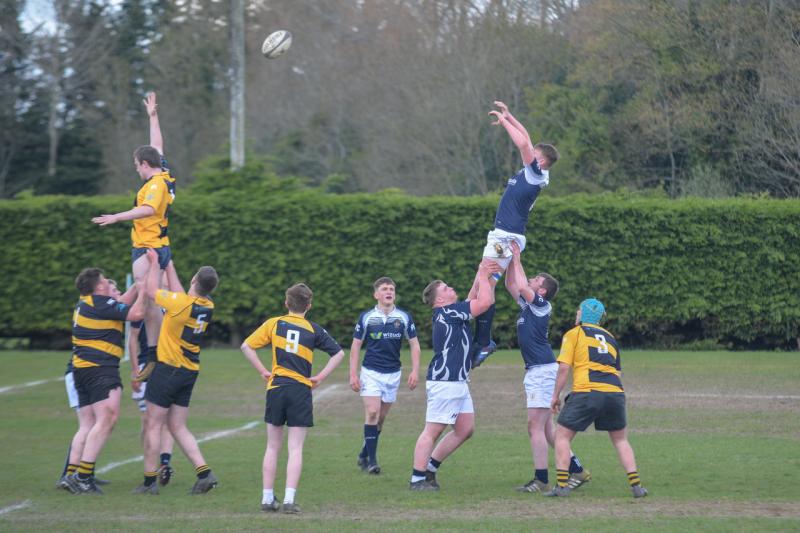 Portlaoise RFC U-17s secured the plate final on Saturday in Naas, as they proved too strong for Carlow.

Having lost the Area Final to Naas last Wednesday, the Portlaoise lads needed to pick themselves up and get into their stride to secure this provincial title. In truth, the first half was a tame affair with the only score coming from a Carlow penalty to leave them leading 3-0 at half-time.

The talk at half-time was clear - Portlaoise needed to increase the intensity and pace to win this game. They stuck to their word and immediately advanced into the Carlow 22 where they were awarded a penalty for a Carlow infringement. This penalty was converted by William Reilly to draw the game.

The Laois lads piled the pressure on after that and ran the steam out of a very heavy Carlow pack. Twenty minutes into the second half Portlaoise were awarded a penalty just inside the Carlow 22, and quick thinking from Portlaoise captain and scrum-half William Reilly saw him running through the Carlow lads and scoring under the posts.

He converted his own try to leave the score at 10-3.

Brian Dunne sealed the game after some good phases by the hard-working forwards with a try in the corner. Best for Portlaoise were Paddy Coss, Adrian Brzozowski, Alan Maher, Robbie O'Rourke and Tadhg Mullen.

They play Navan in the Leinster League Final on Bank Holiday Monday with the venue to be confirmed during the week.