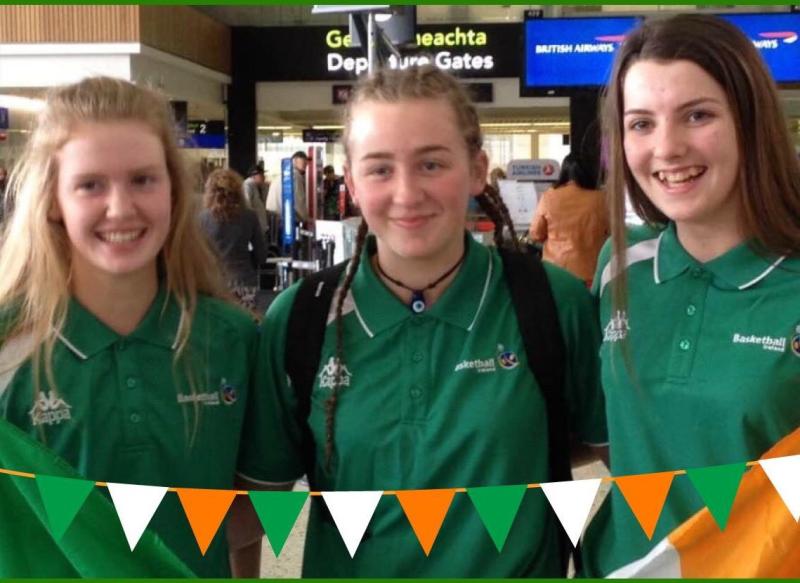 It’s a very rare occasion that you see players from a small club in the Midlands selected on an Irish panel, let alone make the final twelve.

Portlaoise Panthers have been fortunate in recent years with the success of both Claire Melia and Maeve Phelan. This year not only do they have representation on the U-16 girls team, they have three members from Portlaoise Panthers on the final twelve set for Montenegro in August.

Ciara Byrne, Gillian Wheeler and Shauna Dooley have all earned a well-deserved spot on the final panel. They have showed great skill, determination, attitude and drive from a very young age and this has been duly rewarded.

Ciara and Shauna have been members of the club since they could bounce a ball and have been very successful throughout the years. Gillian joined the Panthers set up two years ago and has been an integral part of the team since.

The three girls have had two hugely successful years at U-16, under the guidance of Jack Dooley and Aoife O'Malley, where they have won Midland, Dublin and Kilkenny league and cup titles along with third and fifth place finishes at the AICCs, and were unlucky not to have finished higher.

Where the club has given so much to the girls, credit has to be given to the two schools in which the girls attend. Their success at school level has played a huge part in their selection. Gillian attends Cross and Passion College in Kilcullen where she is very lucky to be coached by her dad Eoin Wheeler, a very experienced coach who brings invaluable advice.

Gillian was a member of the double winning All-Ireland ‘B’ league and cup side last year and also picked up the MVP award in both games.

Ciara and Shauna both attend Scoil Chriost Ri in Portlaoise and are led by the legendary Pat Critchley. This man’s achievements are too many to name and the experience he offers the girls is something that any player would love to get.

The Midland area and in particular the club are so proud of the girls achievements. A presentation was made to the three girls at the clubs awards night last Friday on behalf of the Area Boards and the Portlaoise Panthers to acknowledge their success.

It is a dream come through for them and their families. We wish them the very best of luck in their preparation in the coming weeks and know that they will fly the Irish and Portlaoise flag with pride in August.

FIBA U-16 Women’s European Championship Division B, Montenegro from August 16th to 25th. Stay tuned to our social media sites for regular updates.