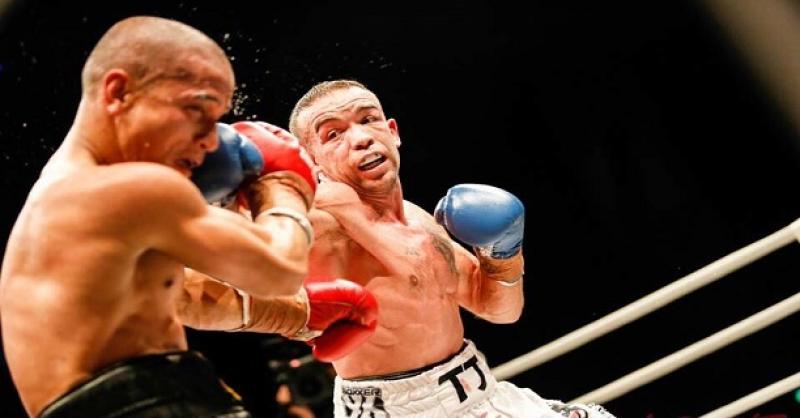 TJ Doheny's world title tilt is back on track.

A dream will come true for Portlaoise boxer TJ Doheny this summer when he jumps into the ring in Japan to fight for the IBF World super-bantamweight title.

TJ confirmed today via twitter that on Thursday 16 August he will fight in Tokyo challenging reigning champ Ryosuke Iwasa of Japan.

I am very pleased to inform you that on August 16th, Tokyo, Japan I will become IBF Jr Featherweight champion of the world... #DohenyIwasa #itson

Doheny aka The Power, aged 31, is undefeated in the professional ring. He made his name in Australia and Asia and has since moved to Boston where he is signed to Murphy's Boxing.

If he wins he would become only the second fighter from Ireland or the UK to win a world championship in the land of the Rising Sun.

He spoke to RTÉ earlier this year about fighting for the IBF belt against the Japanese fighter.

“I still haven’t had a fight where I have been able to showcase my skills and I think this fight against Ryosuke Iwasa, you’ll see the best of TJ Doheny.

“I’ve sat down and analysed him. I’ve watched him almost every day on YouTube.”

“He’s stylish, sharp and accurate with his shots. But he’s like that for the early rounds and then the holes start coming through and that’s when I’m going to capitalise on his flaws.”

“So once I start putting some shots on him, the whole fight wll turn and I will get him down the stretch. He’s been down on the deck twice and both by southpaws, which is another confidence builder,” he said.

TJ was in line to fight in London 2012 but was beaten in a qualifer by eventual Olympic medalist John Joe Nevin.

“Portlaoise will always be home for me, I try to get back a few times a year, and it will always have a special place in my heart,” he told  the Leinster Express last year.

Keep an eye out for TJ the next time he does make it back to Portlaoise, because he could be sporting a very impressive belt when he does.