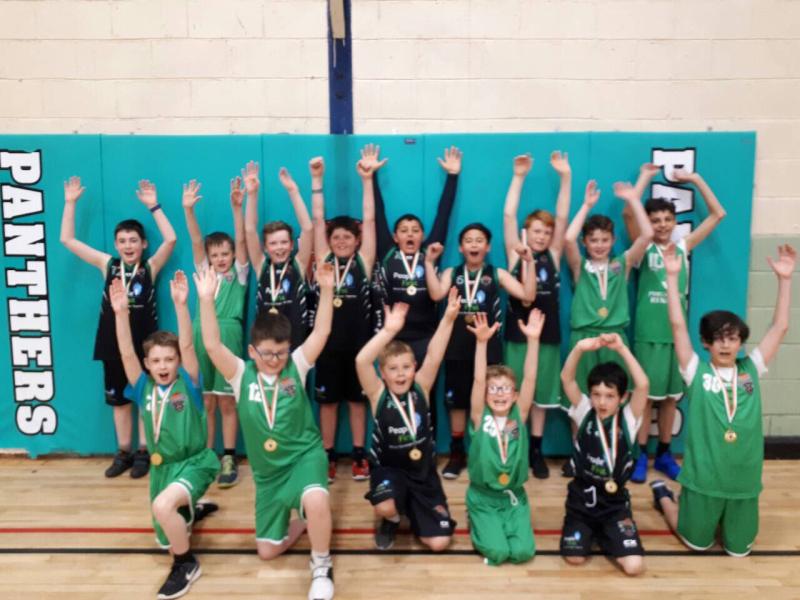 The Portlaoise Panthers U-12 Black and Green teams.

The National Basketball Association (NBA) is making its first foray into Ireland and is starting at grass roots level.

The NBA has teamed up with Basketball Ireland to launch Jr. NBA Basketball Ireland League. The new league for boys and girls ages 11-12 will feature 10 Irish clubs who will each partner with three local primary schools to create 30 teams.

Each of the 30 teams will represent an NBA team and will receive corresponding NBA team-branded uniforms for their games.

The Jr. NBA, the league’s global youth basketball program for boys and girls, teaches the fundamental skills as well as the core values of the game at the grassroots level in an effort to help grow and improve the youth basketball experience for players, coaches and parents.

During the 2017-18 season, the Jr. NBA will reach more than 26 million youth in 71 countries through a variety of camps, clinics, skills challenges, league play and outreach events.

“We are delighted to partner with Basketball Ireland on the first Jr. NBA league in the country,” said NBA Associate Vice President of Basketball Operations, Europe and Middle East, Neal Meyer.

“The Jr. NBA provides a platform for boys and girls in Ireland to learn about the game and the values it teaches including teamwork, respect, determination, and community.”

“We are so excited to run the first-ever Jr. NBA league in Ireland,” said Head of Development for Basketball Ireland, Jason Killeen.

“The Jr. NBA is set to bring great excitement to children around Ireland as it allows them to gain experience in the sport of basketball in a fun learning environment.”

The league will run from October to December, culminating in a festival of basketball at the National Basketball Arena in Tallaght in December.

According to the organisers the league will also promote the Jr. NBA values of teamwork, respect, determination, and community through competitive league play, Jr. NBA Draft and Finals events and Jr. NBA youth clinics.

For more information about the NBA, fans can visit NBA.com, Facebook.com/NBA and @NBA on Twitter.