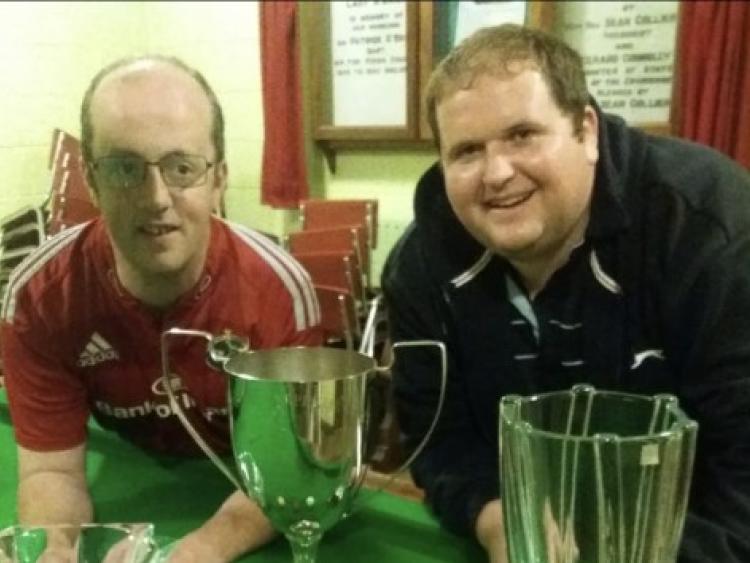 The final of the Cavanagh Cup Billiards Tournament took place on Saturday evening, June 2nd in the O’Brien Hall watched by an audience of keen billiards fans, including Joe Dooley, lifelong caretaker of the hall.

Joe, in his capacity as club secretary has been the organiser of this competition for many years. The prize is the coveted Cavanagh Perpetual Cup which was presented to the local Billiard Club/CYMS by the late Ber Cavanagh and family over thirty years ago.

It was a very exciting and closely contested final with 'Bomber' emerging as the lucky winner in the end. Earlier this year he won the snooker singles final and so he made history by being the first player to win the double!

The Cavanagh Perpetual Cup was presented to Bomber by club chairman Leo Kelleher who congratulated both players. He also presented them with winners and runners up crystal trophies.