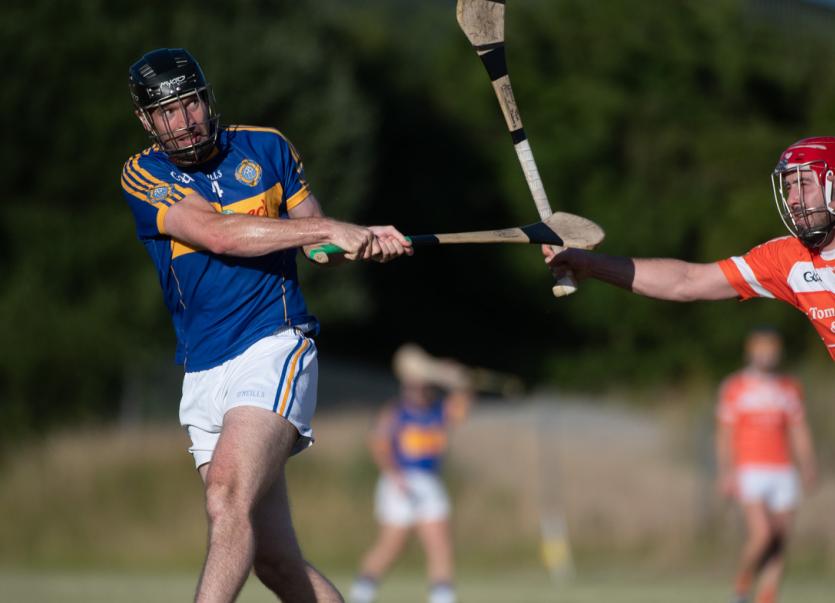 Clough-Ballacolla carried their excellent league form, where they were unbeaten, into the early stages of this contest. They took a five point lead inside the first ten minutes, as Slieve Bloom were in danger of the game getting away from them. Shane Hyland looked to be the danger man, as he pointed four times, with a mixture of points from play and placed balls.

Slieve Bloom managed to get on the scoreboard through midfielder Eoin Burke, as they looked to recover from their slow start. Martin Burke landed a free for Slieve Bloom, before goalkeeper Gavin Conroy landed a monster point from a placed ball as the Slieve Bloom crowd started to find their voice.

Clough-Ballacolla had a number of talented youngsters on show, and Jordan Walshe was one of them, as he kept the scoreboard ticking over for the men in blue and yellow. Slieve Bloom were back in business though, as star man Ben Conroy pointed followed by two more from Eoin Burke and Ross Holmes. It was all set up for the second half, as nothing separated the sides at the interval.

Ben Conroy's influence was starting to grow as the game wore on, and upon the restart he headed straight through the Clough-Ballacolla defense before he was hauled down in the square. He picked himself up to take the penalty, but he agonisingly saw his effort trail off to the left and wide.

Clough-Ballacolla reacted to the scare well, as Jordan Walshe landed a 65' and a free to move his side back in front. However, Slieve Bloom were hungry for goals, and they grabbed the first and only one of the game, as Ben Conroy atoned for his penalty miss.

Conroy didn't appear a goal threat as he picked up the ball on the 65', but he managed to evade several Clough-Ballacolla defenders, as he showed sublime skill and pace. As he beared down on goal, he shortened his grip and sent the ball flying past a helpless Tommy Nolan in goals. That sent the Slieve Bloom faithful into ecstacy, and they awaited to see how this goal would affect Clough-Ballacolla's confidence levels.

They would be disappointed though, as Clough-Ballacolla had a number of experienced players among their ranks to help them get over the line. They finished the game with four points to Slieve Bloom's single one, with first half substitute Sean Corby's the pick of the bunch.

Slieve Bloom threw everything at Clough-Ballacolla during the closing stages of the match, but the Clough-Ballacolla men stood tall to the challenge, and deservedly claimed their reward at the end. Slieve Bloom will not be too disheartened though, as they will take plenty of confidence into the Intermediate championship.