Portarlington do just enough to see off 14-man Ballyroan-Abbey 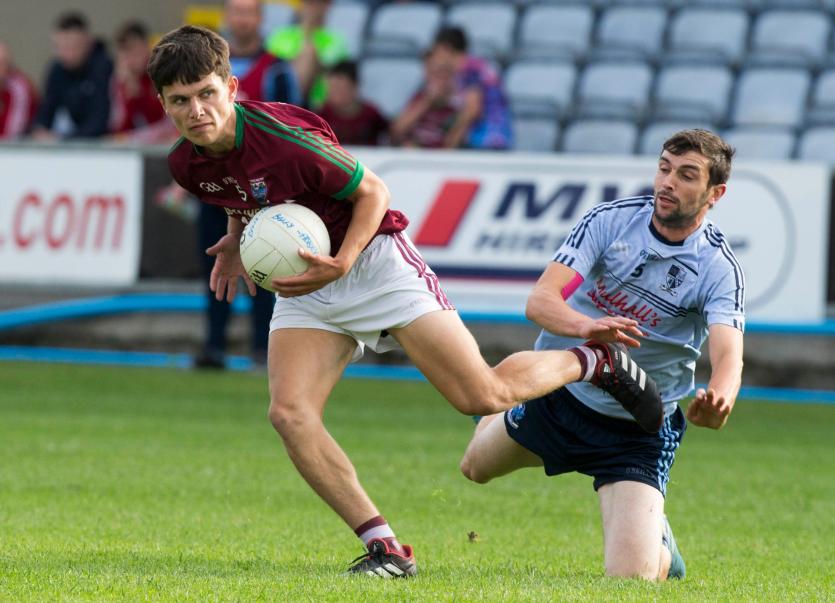 In a scrappy affair where the final result was in doubt all the way through, Ballyroan-Abbey’s Martin Scully’s sending off with twenty minutes of normal time remaining proved costly, as Portarlington edged this encounter by two.

Laois u21 player of the year last year, Patrick O’Sullivan, opened Portarlington’s account for the evening, but they wouldn’t lead for the rest of the half. Ballyroan-Abbey looked more prepared to pick up the breaking ball off kick-outs, as they slotted over five points without reply.

It did take four minutes, but former Laois star MJ Tierney scored Ballyroan-Abbey’s first. Padraig McMahon fed through John Rogers minutes later, but he opted to fire over the crossbar when a goal was on the cards. Division 1B final hero Diarmuid Whelan looked to carry on his superb form, as he slotted over a free. MJ Tierney slotted over two more frees from the opposite side, as Ballyroan-Abbey began brightly.

Jonathan Fulham responded for Portarlington, but MJ Tierney hit back with his fourth point with only twenty-three minutes played in O’Moore Park. Portarlington were struggling, but vice-captain Patrick O’Sullivan showed leadership with his second point.

Diarmuid Whelan converted a free, before Padraig McMahon ran through as a goal chance beckoned. However, his rasping shot cannoned off the crossbar, and only a white flag was raised, much to Portarlington’s relief.

Jordan Fitzpatrick grabbed the first point of the second half for the men in maroon and white, but Padraig McMahon cancelled that out with a score of his own.

However, a bit of luck went Portarlington’s way, as Jason Ward’s high shot dropped into the square, and David Murphy rose bravely to punch home, despite the attention of goalkeeper Andrew Bonham and Gavin Tynan.

Murphy was pivotal in Portarlington’s win, and he added another point to his goal. Ballyroan-Abbey were on the back foot now, and they weren’t helped when Martin Scully received his marching orders, picking up his second yellow card after what was deemed to be stopping a Portarlington man from running past him off the ball.

Portarlington were finally growing in confidence, and Jason Ward’s free put them two in front. However, Ballyroan-Abbey came roaring back, Their two main men up front, Diarmuid Whelan and MJ Tierney, had a lot of space to work with in Portarlington’s half of the field, and they punished duly.

Whelan put over a free, before Tierney raised another white flag, as Ballyroan-Abbey showed true grit to level the game when it looked to be getting away from them.

Diarmuid Whelan then put over another to put Ballyroan-Abbey back in front, as they looked to grind out a win. It was not to be though, as Portarlington took advantage of tired Ballyroan-Abbey bodies, and the fact that there were only fourteen of them.

David Murphy hit the equaliser, before Jason Ward put them back in front with a confident outside of the boot point.

Midfielder Graham Weldon put Portarlington two in front, as Ballyroan-Abbey now looked like they needed a manufacture a goal with a few minutes remaining.

The best they could do was a Padraig McMahon shot that blazed off the top of the left hand post, as Portarlington held on to secure victory.

One man rose above the rest for Portarlington, and that was David Murphy. Scored 1-4 with limited supply, and led by example.

Joe Brennan could’ve let the game flow a little more, although the stoppages for a number of injuries played their part as well.

While Portarlington will be satisfied with the win considering they’re without a number of their best players in Colm Murphy, Robbie Pigott and Jake Foster through travel, their performance wasn’t great and it’s hard to see them challenging Portlaoise based off of this. They’ll be delighted to have Sean Byrne back though, as he came on as a substitute after a long-term injury.

Not many to pick out, but Jason Ward put over a lovely outside of the boot score near the end