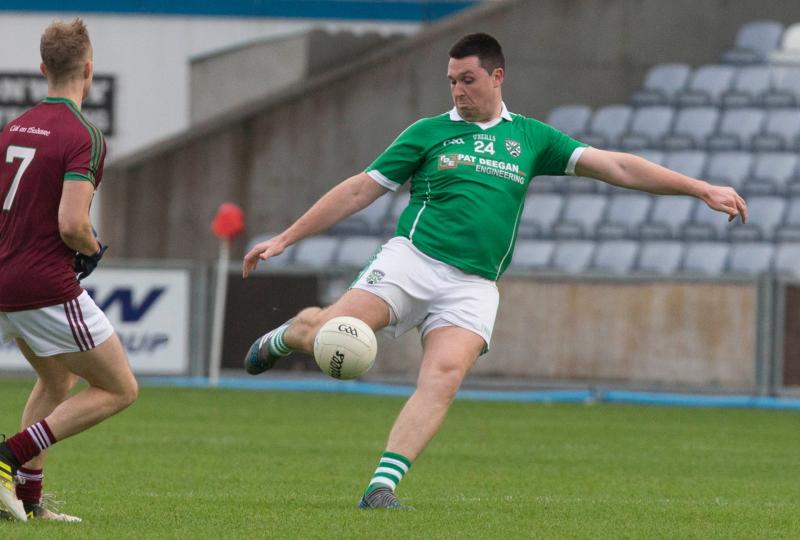 Jody Dillon served up a five-star performance in O’Moore Park on Saturday night, as his tally of 1-4 helped Stradbally to cause a slight upset in the championship, knocking out last year’s semi-finalists Portarlington.

The game was nip and tuck throughout, but Stradbally’s cuteness and know-how was crucial in the last ten minutes, as they came from behind to win by six, firing in two goals during this period.

Stradbally didn’t start brightly, as despite an early Padraig Fitzpatrick score, they fell to a 0-4 to 0-1 deficit thirteen minutes in. Portarlington were boosted by the returns of Colm Murphy, Jake Foster and Robbie Pigott, and they were thrown straight into the starting line-up. Colm Murphy, Ronan Coffey, Jake Foster and Adam Ryan all raised white flags early on, as the men in maroon and white looked to recover from their defeat to St Joseph’s the last day out.

Colm Kelly and Colm Murphy traded points from frees, before the first goal chance fell Stradbally’s way. It was only a half-chance in truth, but Padraig Fitzpatrick should’ve composed himself more when he decided to take a wild swing at the ball on the ground.

Portarlington looked the stronger early on, as Jake Foster fisted over his second of the night. Jody Dillon and Padraig Fitzpatrick pointed to eat away at the gap, before Stradbally were handed a much clearer goal chance. Colm Kelly sent in a ball to full forward Darragh Mulhall, who palmed it to Conor Delaney. Delaney pulled his shot well wide though, as the Stradbally supporters sighed in disappointment.

Jody Dillon pointed twice for Stradbally towards the end of the half, but the impressive Adam Ryan and Graham Weldon also found the target for Portarlington, as they led 0-8 to 0-6 at the interval.

Tom Shiel was introduced at half-time, and he made an instant impact, receiving the ball and taking only one touch before planting one between the sticks. Jake Foster restored the gap back to two after some nice interchanging handpasses and movement from Portarlington, but Colm Kelly and Colm Begley (free) efforts had Stradbally on level terms.

Colm Murphy looked to take responsibility shortly after, as he struck over two points from play to restore the two point cushion. Again, Stradbally came back at them, with Conor Delaney scoring his first of the night, before Jody Dillon again took centre stage with a magnificent score to leave nothing between the sides.

David Murphy pushed Portarlington back in front, but it all came crumbling down for them after, as Stradbally hit 2-2 without reply to swing the game on its head.

Colm Kelly held his composure from a free to deadlock the two teams once more, before he kicked one from play from a similar spot. Then came the crucial moment, as Colm Kelly picked up the breaking ball, gave it to Darragh Mulhall, who laid it off to the onrushing Jody Dillon, and there was only going to be one result, as he rattled it into the corner.

A Colm Begley goal put the icing on the cake, as his free dropped into the hands Scott Osbourne, who unfortunately spilled it into his own goal.