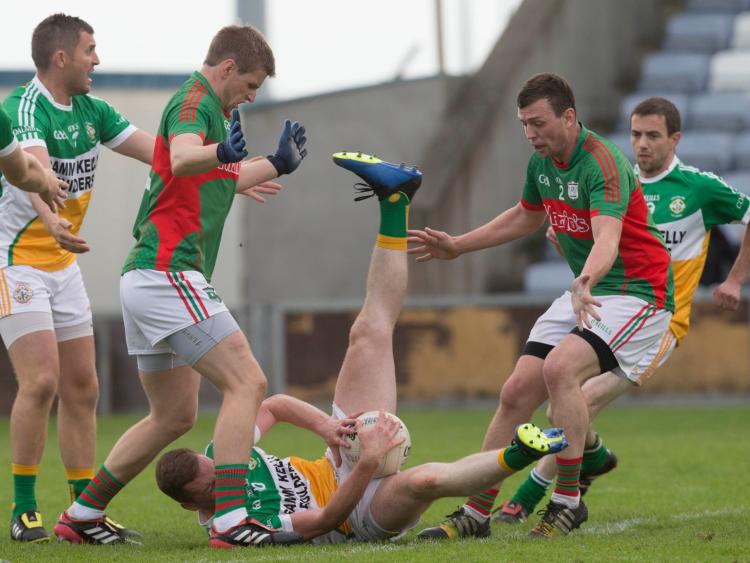 After their disappointing loss to reigning champions Portlaoise in the last round, Graiguecullen bounced back in convincing fashion against Crettyard Gaels to book their spot in the last eight.

Crettyard Gaels produced a solid opening twenty minutes where they matched Graiguecullen all over the field, but after that, it was very much one way traffic.

Jamie Parr opened the scoring for Graiguecullen inside a few minutes, kicking over a free. This would be the first of Parr’s six points, as he was on top form all evening.

Jamie Parr levelled with his second free, before the talented Brian Byrne put Graiguecullen back in the ascendancy. Evan O’Carroll turned stylishly on to his right foot to equalise, before Byrne replied down the other end for Graiguecullen.

O’Carroll levelled once again with a free, but Graiguecullen were beginning to find a bit of rhythm in their play, as Byrne slotted over his third. The returning Danny Alysbury provided a different type of scoring threat in the full forward line alongside Aaron Forbes, as Crettyard Gaels found it difficult to handle his pace and skilfulness. Alysbury put Graiguecullen two to the good, but O’Carroll once again replied for Crettyard Gaels. Despite being double-marked by Bobby Doyle and Mark Timmons inside, O’Carroll managed to send over his fourth.

Crettyard Gaels failed to score for the rest of the half though, as they left themselves a bit of hill to climb, despite being very competitive for twenty minutes.

Luke Alysbury, Aaron Forbes, Paul Mulready and Danny Alysbury all raised white flags for the Carlow border side, as they jogged into the dressing room with a five point advantage.

The opening ten minutes or so of the second half were competitive enough, but after that, it was all plain sailing for Graiguecullen. Jamie Parr kicked over another free, as Aaron Forbes physicality in the square was a difficult problem to solve for Crettyard Gaels.

Evan O’Carroll found a little room for himself for once down the other end, and sent a hard shot at Danny Bolger in goals, but he palmed over his crossbar. Jamie Parr was growing in confidence as the game wore on, and pointed two super scores in quick succession, one from play and one a free from distance.

O’Carroll hit back with a free for Crettyard Gaels, but three further unanswered points from Danny Alysbury, Danny Bolger (free) and Jamie Parr for Graiguecullen put the game beyond Crettyard Gaels a bit.

Space, which had been tough to come by earlier for Graiguecullen, was now beginning to come easy to them. Brian Byrne landed another lovely point, before Ross Hennessy nearly got in for a goal, but Jeff Moran pulled off a fabulous save for Crettyard Gaels in goals.

The game was well over though, as Graiguecullen tagged on a couple of extra scores to finish with a ten point victory.