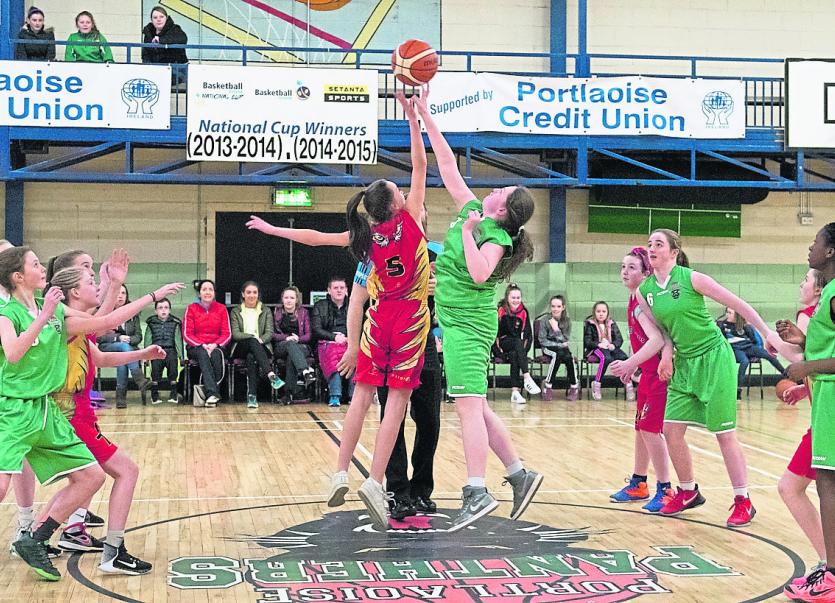 Portlaoise Panthers basketball club are appealing to schools, sports clubs and local councillors in the area for help in accommodating their underage teams this coming year.

The club, who have enjoyed unprecedented success at midlands league level in recent years, have been growing so rapidly they cannot currently accommodate all teams at their base in St Mary's Hall, Portlaoise.

With the new season approaching fast, they are calling on local clubs and groups to help out, as they face the prospect of turning away juvenile members if new playing facilities cannot be secured.

In a statement released to the Leinster Express, the club outlined the problems they currently face. “Portlaoise Panthers Basketball Club cater for 28 teams and two academies for players under four years old and strive to provide basketball, at every level, to the community of Portlaoise and surrounding areas, for almost 400 members.

“Due to the large number of members in our club we are struggling to be accommodated with midweek evening training times in St Mary’s Hall, and are pleading with local schools, sports halls and all councillors in the Laois area to help us continue to provide this great sport of basketball for our members and the local community.

“Portlaoise Panthers have never in the history of the club turned any player, young or old, away that was eager to be a part of our club.

“However, due to the rise of members in the club and lack of availability in sports halls in Portlaoise and surrounding areas, we would have no choice but to have a cut off point in the amount of members we can hold within the club.”

Panthers have emerged as one of the biggest clubs in the county outside of the traditional hotbeds in Dublin and Cork. They had four members represent Ireland at European Championships over the summer, and both adult mens and ladies teams will compete at National League level this year.

The juvenile teams also compete in Midlands and Kilkenny Leagues from U-12 up to U-18 in both boys and girls competitions, winning a raft of league and cup titles in recent years.

The club can be contacted through Facebook or Twitter if any interested clubs are in a position to accommodate them with their facilities for the upcoming season.