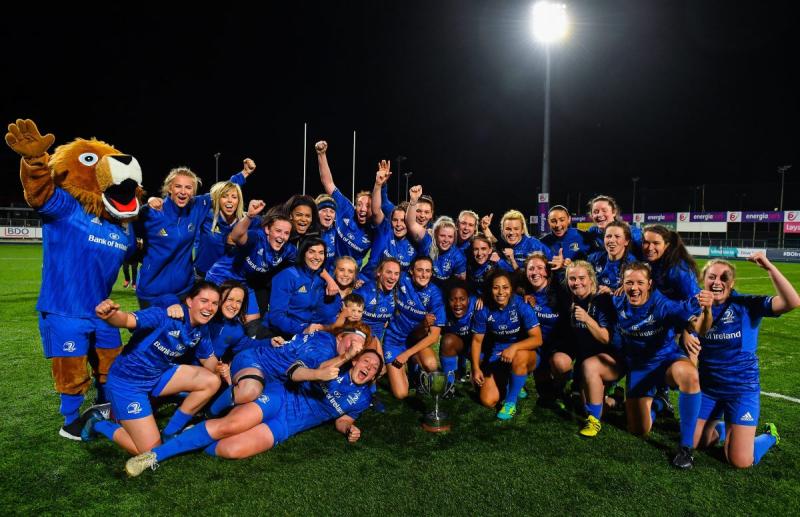 The Leinster ladies team celebrate their victory in the Interprovincial series.

Former Portlaoise player Emma Hooban was the baby in the front row at 20 years of age, alongside Irish props Lindsay Peat and Katie O’Dwyer.

In the lead up to the final Interprovincial title Leinster managed to beat Ulster (17-0) and Connacht (47-0) in convincing fashion without the concession of a point.

A close fought fast and exciting game, Leinster got off to a solid start against Munster pushing the pace of the game and going ahead with a penalty in the 14th minute. It was never going to be an easy game with tight tussles in which defences were on top all the way throughout the game for Leinster and equally for Munster, leaving the scores 9-6 at half time.

Munster were true to their tradition of fighting back in the second half with a truly exciting and nail biting finish with the score 9-9 in the 64th minute. Another former Portlaoise RFC player Niamh Griffin was introduced as scrum half in the last quarter bringing speed and momentum to the play and she helped to push Leinster forward.

A burst from hooker Emma Hooban was key to Leinster pulling Munster out of alignment, the ball moved left for the Leinster openside player to plunge over the line in the 73rd minute.

Leading 14-9 Leinster fought hard in defence but one last power drive from Munster steered them into position and a series of drives concluded with Munster powering over the line in the last minute.

Munster failed to convert leaving it a draw, meaning Leinster won the title on point’s difference.

Playing in her new position as hooker for Leinster, Emma Hooban impressed with her excellent lineout throws, defence and attacking bursts throughout the game. 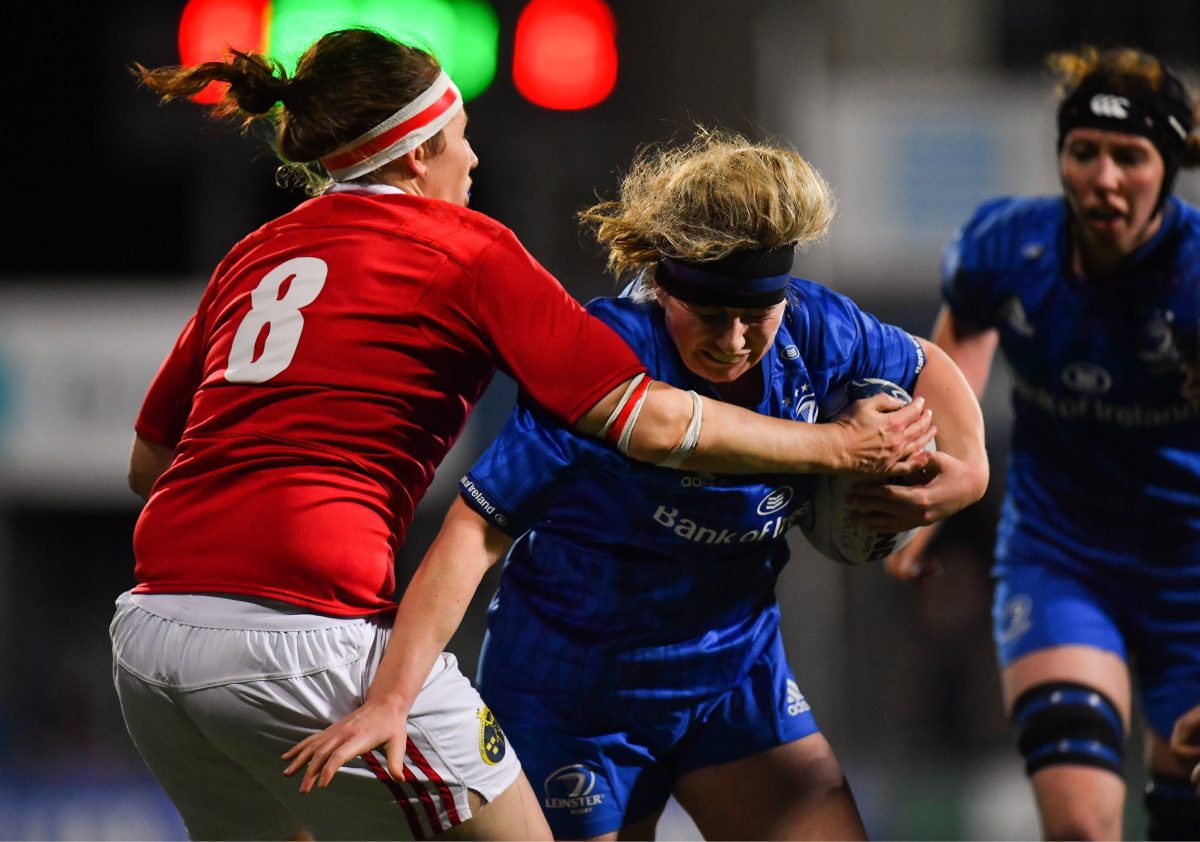 Leinster can only go from strength to strength with former Portlaoise/Blackrock player Eimear Corri now returning from injury adding a huge boost to the Leinster back line.

Emma, Niamh and Eimear played their formative rugby with Portlaoise RFC for many years before joining Dublin AIL clubs, Blackrock and St Mary’s.

Both Emma and Eimear claimed glory at underage U-18 Leinster Inter-Provincial level with Emma captaining the side when she played at Number 8. The three girls are all play their college rugby with DCU.

Portlaoise RFC is extremely proud of these three young players going from strength to strength.