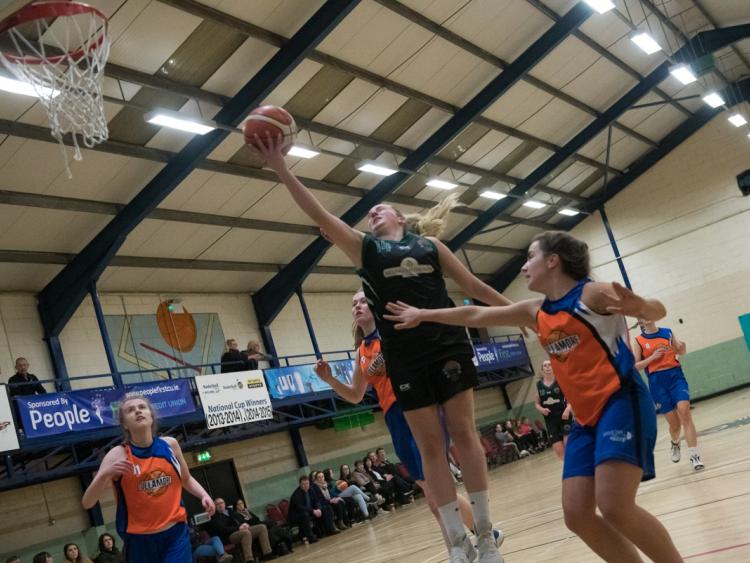 Great scores from Amy Byrne and Claire Melia as she dominated under the basket. Portlaoise putting Tullamore under savage pressure with their full court press allowed Portlaoise to pick off a few scores by running in easy layups by Ciara Byrne. The end of the quarter Portlaoise led 31-14.

The second quarter saw Shauna Mulhall and Sarah Flemming get a quick few baskets with the help from Ellen Garvey pulling rebounds to push Portlaoise on even further. Jade Burke playing great defence on Tullamore's point guard causing Portlaoise to lead at the end of the second quarter 58-25

Starting the second half Portlaoise were but under pressure by Tullamore hitting outside shots, but Portlaoise quickly got themselves together after a timeout. Ciara Wheeler came back on hitting a shot from the corner adding another three points to her tally. Emma Wheeler played tremendous defence forcing turnovers.

Portlaoise went into the forth quarter leading 81-34. The pressure stayed high on the Portlaoise side with more baskets added by Emma Wheeler and Sarah Flemming. Claire Melia blocking shots on the other end allowed Amy Byrne to run the floor.
Portlaoise defeated Tullamore 102-58.