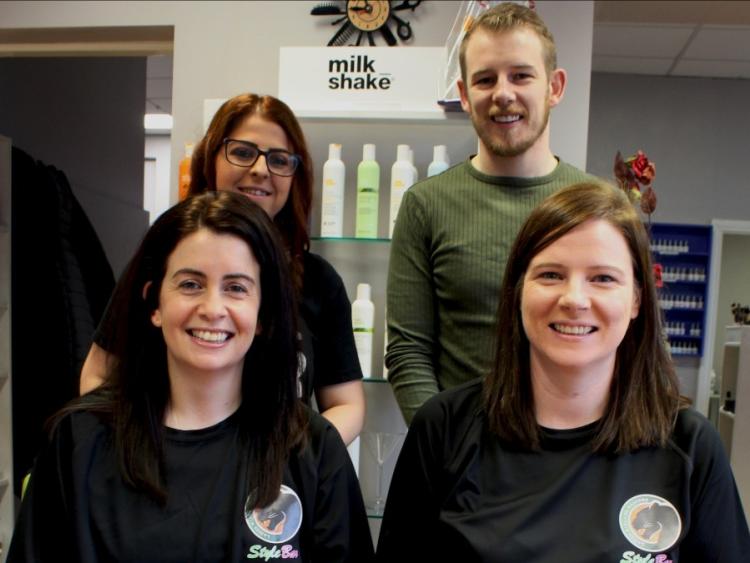 Masters basketball is a big deal in Ireland and with waiting lists to gain access into tournaments nationwide, it seems getting older isn't stopping too many people participating in their much loved sport.

This year sees the first ever Midlands Masters team. Spear headed by team member Pam Grogan from Portlaoise Panthers she said 'having returned to basketball in 2017 from a five year break to raise my two young boys, the Midlands league hadn't changed.

Same faces, same games, same venues and I guess the competitive side in me wanted more from the game and I wanted to continue to improve regardless of my age.' So she set about gathering players from around the midlands, with most of the women from Portlaoise Panthers, not surprising considering the size of the club membership.

Players were also recruited from Ballyroan and Athlone. What's the criteria? You have to be over 40 years of age with the allowance of two to three over 35's in the squad.

The obvious choice for coach for the ladies is the current Panther's women's National League coach, Peter Duignan. Peter has an dynamic approach to coaching the game and has a vast wealth of experience at every level. Masters Basketball is extremely competitive with most teams carrying ex-international, ex-super league and national league players and the Midlands team is no different.

The Masters circuit starts in Kilkenny the first weekend in March and moves onto the prestigious Dublin Masters International Tournament in May, finishing the season in November with Galway as its final destination. Masters basketball is self funded so the girls were in need of gear.

David Finn from Style Bar was approached and in true team spirit signed up straight away as the ladies sponsor. "I was on the look out for a team to sponsor and I had been approached by several clubs in the town" Dave said. "However the demographic and the exposure with the Masters Ladies just fit with my business, I'm thrilled to be involved."

Panthers Basketball Club has been hugely supportive of the team with supporters lining up to travel with the ladies next month. The aim for 2020 is to develop a Masters men's team so both can tour together.

Despite the huge support from the club trying to get training times in St. Mary's Hall proved difficult, with the Masters ladies having to share training times with the National League squad. "Panther's are crying out for a sports hall, numbers are growing year on year in the club, we really are in dire need of our own facility" said Shay Dooley, club chairman.

All the ladies on the team are big promoters of the 20x20 campaign, it's aim to have 20% more media coverage of women in sport by the year 2020. "Masters basketball has added longevity to my basketball career" said team member Grainne Tomlinson. "We're hoping to put the Midlands on the map and to generate awareness of older women in sport too."

Sport in general has it's time limits on the body, but what happens to those who can still play well into their late 30's and 40's? "We put so much funding into the juveniles of the club and rightly so" added Pam Grogan, "but as a senior player what happens when you step down from National League or Super League due to time commitment? Not because you want to but family life dictates it.

"With this team we are on a mission to bring competition to senior basketball in the Midlands, by playing teams from all around the county and from England and Europe."

All the ladies are super excited to play even if there is a gruelling timetable of four games in the one day on March the 2nd in Kilkenny. The ladies first face Dublin in their opening game, followed by Tralee, Cork and Clare. "Thankfully we've a few physios on the team" laughed Attracta Phelan.

To keep up to date with all the women's progress follow Portlaoise Panthers on Facebook, the club are behind the ladies all the way and hopefully they can make their mark on Masters Basketball, plus as the old saying goes, maybe life truly does begin at forty!