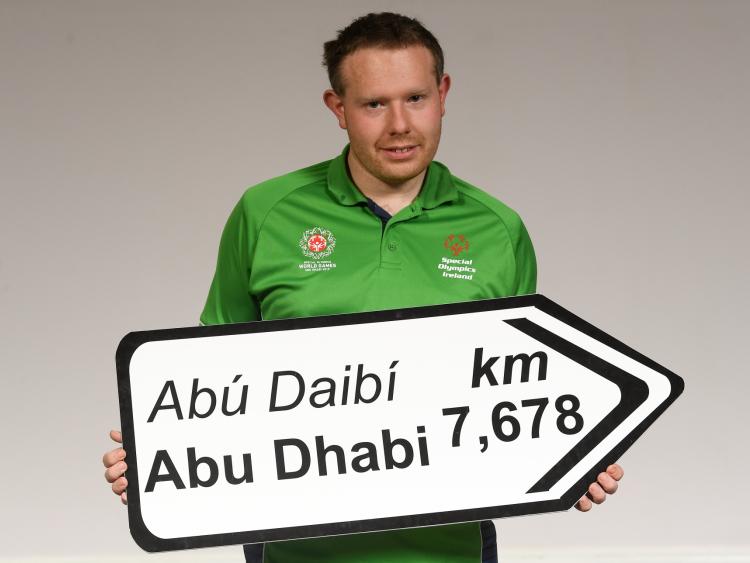 Ninety-one Team Ireland athletes – including basketball player Keith Murphy from Ballybrittas, Co. Laois – have begun their journey to Abu Dhabi ahead of the 2019 Special Olympics World Summer Games. Excitement was in the air at Dublin Airport last week as athletes from across Ireland boarded their flight, with dreams of success in their various sports.

Taking place between 14-21 March, Abu Dhabi 2019 will be the largest sporting and humanitarian event in the world this year. Supported by a volunteer management team of 39, the 91-strong Team Ireland will join 7,000 Special Olympics athletes from 170 countries at the Games.

With 350 family and friends also making the trip to support their loved ones, Ireland is set to be one of the best supported nations at the Games. Second only to the United States, this wealth of encouragement is certain to give Team Ireland the edge as they step up to compete.

Keith Murphy, aged 29 from Ballybrittas, Co. Laois, a member of the Palmerstown Wildcats Special Olympics Club, will compete in the men’s basketball team. He joins his fellow Team Ireland athletes from right across the island of Ireland, who will compete in a total of 12 sports: athletics, badminton, basketball, bocce, bowling, equestrian, football, golf, gymnastics, kayaking, swimming and table tennis.

Team Ireland will prepare for their World Games experience with a visit to Dubai as part of the Host Town programme. During this time, the athletes have an opportunity to acclimatise to their surroundings with a range of cultural events and activities before the official Opening Ceremony on Thursday 14 March.

The Opening Ceremony, which will take place at Abu Dhabi’s Zayed Sports City Stadium, is set to be a spectacular celebration of humanity at its best. More than 40,000 spectators will witness 170 nations take place in a celebratory parade, with the athletes being accompanied by a number of international celebrities including singer and Special Olympics Global Ambassador, Nicole Scherzinger.