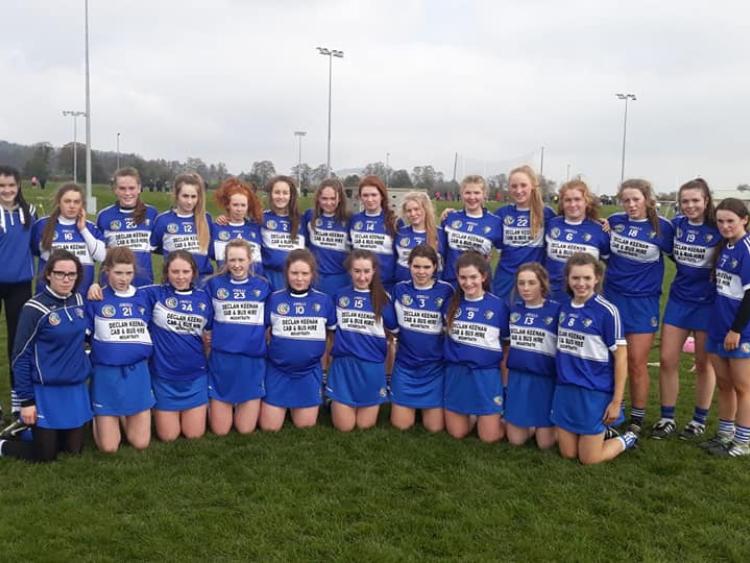 The Laois U-16 Camogie team have booked their place in the Leinster 'B' Championship final following this evening's win over Meath at Trumera.

Leinster U-16 'B' Camogie Championship Semi-Final

Laois raced into an early lead in Trumera, Naomh Eamann's Eireann Cole was on fire in the early stages and had three points to her name after just six minutes of play.

Laois were the caught off guard when Meath's Emma O'Connor rattled the net in the opening half, but Laois still led by four points going in at the break on a scoreline of 1-6 to 1-2.

Meath started the better in the second half as Emma Regan found the net within 3 minutes of the restart to close the gap to the minimum.

Laois fought back however and a goal from Andrea Scully put some distance between the sides as Laois ran out comfortable nine-point victors with the final score reading 3-11 to 2-5.

Laois will now prepare for a Leinster final clash against the winner of the Carlow v Kildare game in the other semi-final.