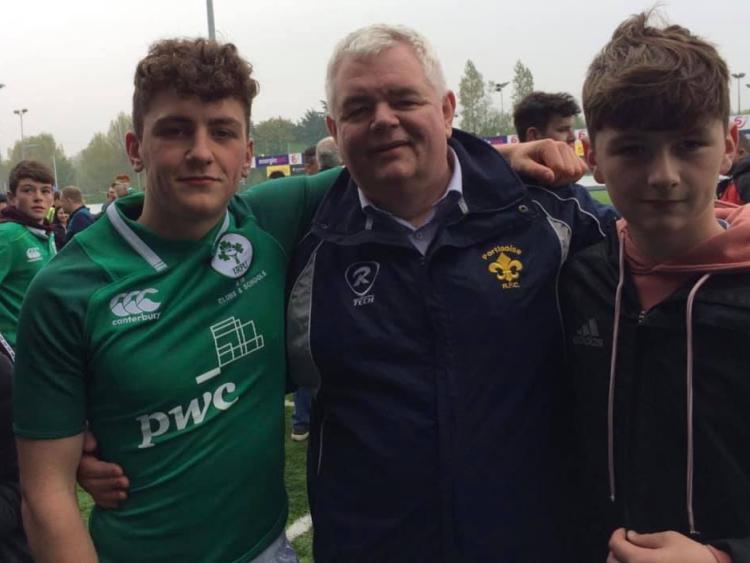 It was a proud evening for Ballyfin native and Portlaoise Rugby Club player Will Reilly as he made his debut for Ireland tonight, earning his first cap in the process, as Ireland defeated England in Energia Park, Donnybrook.

Reilly had been selected on the 24-man Ireland U-18 Clubs & Schools squad for a two-game series against the England Counties U-18 team earlier in the month, and they played the first game in the series at Energia Park in Donnybrook this evening.

An achievement in itself, the Portlaoise CBS fifth year student was one of few from non-traditional rugby schools included in the panel.

He has previously represented Leinster on a number of occasions, including at the U-18 Irish Interprovincial Championships last summer.

He received the Pat Kelleher Award - Young Player of the Year - at the Portlaoise RFC Awards Night last summer also. 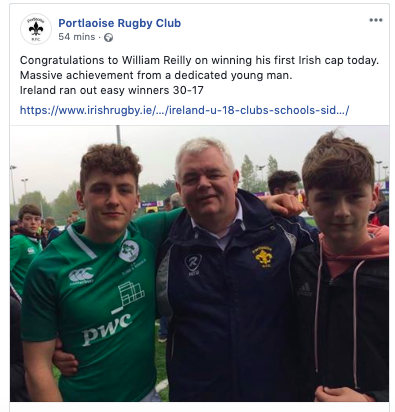 Reilly started the game at out-half for Wayne Mitchell's side cruised to an assured four-try victory over England on a final scoreline of 30-17.

They led at the break by twenty-two points (25-3) but unfortunately Ireland had to replace Portlaoise scrum half Will Reilly just before half-time.

Ireland will meet England in the second and final test in Saturday’s rematch at Ashbourne RFC.