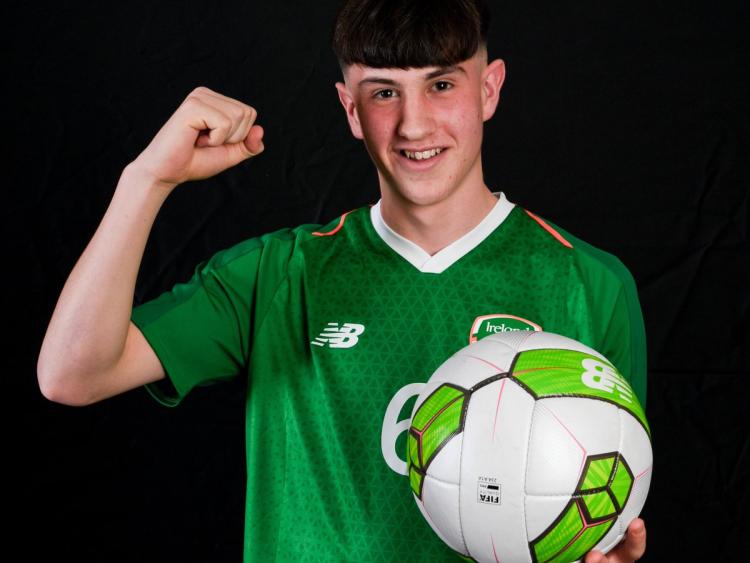 One Laois teenager has been named in the Republic of Ireland U-16 squad for the upcoming Under-16 UEFA Development Tournament in Israel.

Former Portlaoise AFC player Colin Conroy has been named in the 20-man squad for the trip which will include games against Israel, Fiji and Ukraine in their group.

Conroy now plays for Bohemians where he was named Player of the Year last season, is one of 20 players included in manager Paul Osam’s squad for the upcoming trip.

Some 18 of Osam's squad are based in the SSE Airtricity League, and he has included three players who were regulars in Jason Donohue's Under-15s this year, including St. Patrick's Athletic midfielder Glory Nzingo.

Speaking ahead of the trip to Israel, Osam said he is looking forward to working with the players for the final time, before they progress to the Under-17s next season.

"It's been a good season. The Development Tournament is a culmination of the work the lads have done throughout the year. We have players coming in for the first time, including lads that did very well at the Under-15s. It will be a big challenge, travelling to Israel.

"Israel are in our group for next season's Under-17 Qualifying Round, so that's an added bonus. The games are this November. It'll give me a great opportunity to see them up close, and pass on my knowledge to Colin O'Brien. This group will be playing them later this year."

Ireland begin their Development Tournament on Monday morning, against hosts Israel. They are due to train tomorrow in Abbotstown and stay the night in Dublin before jetting off in the early hours of Saturday morning .

Republic of Ireland Under-16 Squad: