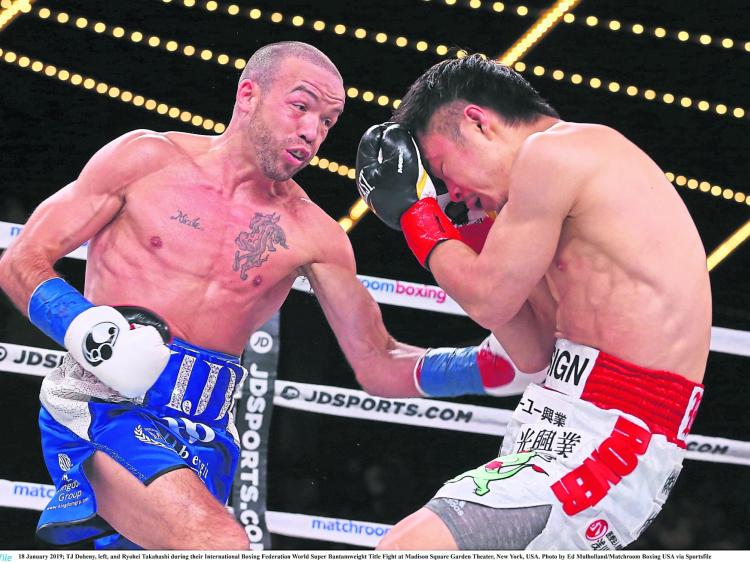 The Knockmay man who is based with his family in Bondi Junction in New South Wales, Australia has never had a professional bout on home soil. Instead, Doheny's professional record reads 21 wins from 21 bouts, 14 of those coming by way of knockout. Of his 21 professional fights, 15 of those victories came on Australian soil with 4 in the United States, one in Japan and one in Thailand.

In what is set to be one of the biggest fight of the Portlaoise fighter's career, Doheny will be aiming to become just the fourth Irish boxer ever to unify world titles if he can beat the WBA super bantamweight title holder, Danny Roman, in the American’s hometown of Inglewood, Los Angeles. If successful, Doheny will join Carl Frampton, Ryan Burnett and Katie Taylor in an exclusive quartet of Irish boxing history.

Doheny dethroned Japan's Ryosuke Iwasa in Tokyo last August to collect the IBF super bantamweight belt and went on to make the first defence of his title against Ryohei Takahashi in New York just three months ago in January.

Doheny's opponent on Friday night, Danny Roman, has held the WBA strap since 2017 when he stopped Shun Kubo in the ninth round. Roman's most recent win was against England's Gavin McDonnell in October of last year.

Where and when is it?

The bout takes place at the iconic The Forum in Inglewood, California in the early hours of Saturday morning, April 27 Irish time.

What time will it start?

For anyone staying up for Doheny v Roman, they can expect a late one. The bout will probably start sometime between 3am and 5am in the early hours of Saturday morning.

What channel is it on?

Sky Sports Main Event will show the fight live with their coverage getting underway at 2.30am.

What are the betting odds?