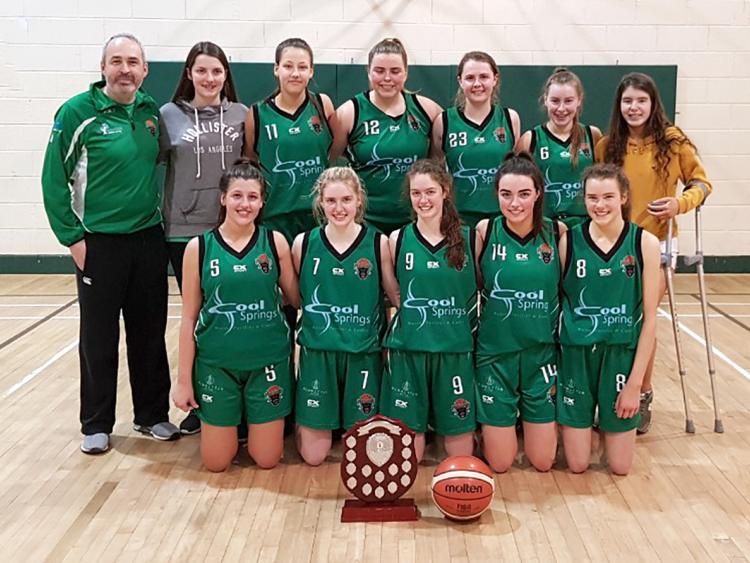 Portlaoise Panthers travelled to Kilkenny on Saturday evening to take on local side Kilkenny Stars in the Kilkenny Cup Final.

Portlaoise had come through a tough semi-final against Wildcats to earn their spot and were determined to finish off their great season in taking their first ever Kilkenny Cup title.

Having beaten Kilkenny twice in the league earlier in the season Portlaoise were favourites to take the Cup home and they showed their class in seeing off a valiant Stars side.

Kilkenny got off to the perfect start taking a 5-0 lead as they settled into the game quicker than the visitors. Portlaoise were slightly rattled and found it hard to find their rhythm as Aoilduinn Dunne and Ava Coogan put the Stars ahead.

Ciara Byrne was intent on leading Portlaoise from the point and registered Portlaoise’s first seven points of the game. A big three pointer from Sarah Fleming got Portlaoise to within one point midway through the first and a change of defence saw Panthers take control of proceedings. Six points from Jasmine Burke and further scores from Lisa Blaney and Amy Byrne gave Portlaoise a seven point lead in a high scoring first quarter.

The second quarter saw Portlaoise push on at both ends of the floor. An amazing defensive performance by Portlaoise ended the game as a contest by half time as Kilkenny could only manage three points in the nine minute period.

Portlaoise were relentless and working extremely hard as a team. With a good rotation in place the introduction of fresh legs in Jade Burke and Shauna Mulhall gave the visitors an extra pep in their step at both ends. Mulhall got a quick two baskets and was ably assisted by the impressive Hannah Collins as she worked her magic inside the key on offense.

Another three pointer from the schools World Champion shooter Sarah Fleming and a three point play by Collins left Panthers with a twenty two point lead at half time.

Panthers continued to push on in the third with Lisa Blaney showing her class from all over the court scoring eleven points in the quarter as they outscored their opponents for the third quarter running. Stars never gave up and were spurred on by the home crowd as Coogan and Dunne kept the scoreboard ticking over for their side. Portlaoise remained in control and by the end of the third had extended their lead to thirty points.

The fourth quarter was more of a formality as both sides rotated their squads in and out. Shannon Scully came off the bench to convert a powerful three point play as she played through injury to push her team further ahead.

Jade Burke got her first basket of the game finishing well under the basket with her left hand and put the icing on the victory with all nine players getting on the scoresheet.

This victory was this teams first ever Kilkenny Cup final win and tops off their brilliant season.