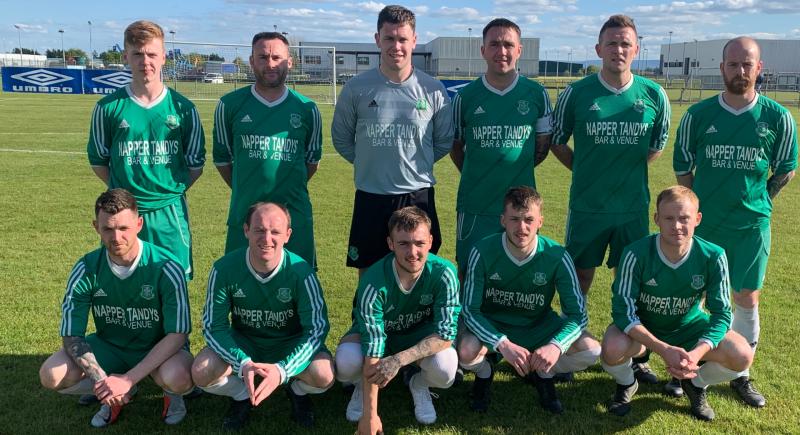 Anyone in attendance wouldn’t have guessed that there was two tiers between these two sides. From the word go Stradbally bossed the opening stages with Jody Dillon, Benny Lawlor and Jimmy Langton combining well as they pushed forward and were unlucky not to go ahead on 17 minutes when Benny Lawlor hit the post after a fine move.

At the other end Derry were being restricted to chances from set pieces with Wayne Comerford forced to palm away a low cross on 27 minutes. Stradbally’s Richie Ryan was dominating anything Rovers played long over the top, however the Rovers front two still looked pacey and dangerous on the break. 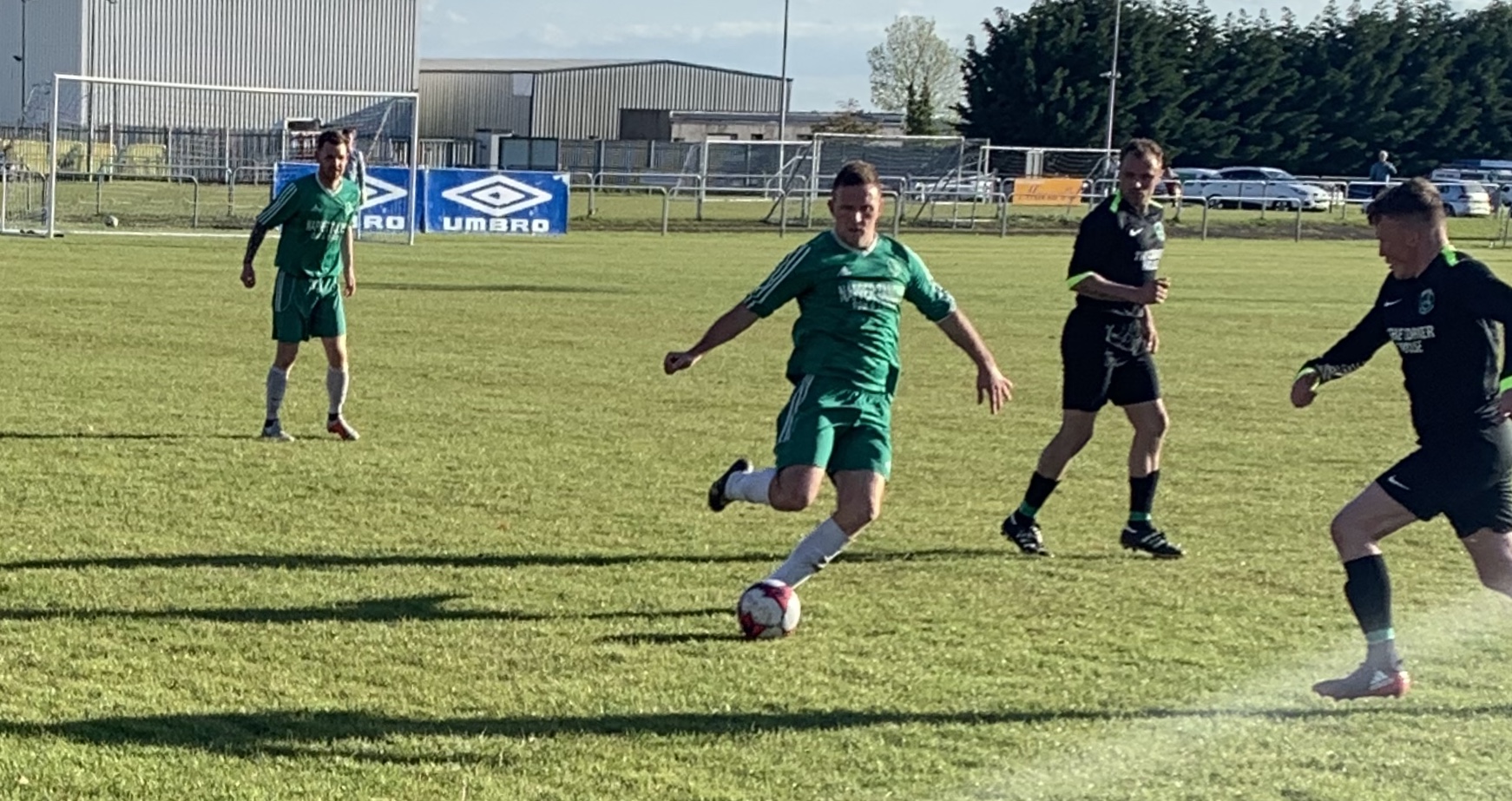 As the half wore on Stradbally were looking the more dangerous side playing some fine football from back to front without just managing to get the break they needed in front of goal and it remained 0-0 at the break.

The second half started at a blistering pace with both teams going all out at each end forcing the game on each other. The play seemed to break down in the final third with Justin Lalor seeing a 20 yard strike fly wide, and then Jack Langton took down a cross from his uncle Jimmy only to see his half-volley fly over the bar on 64 minutes.

Two glorious chances then followed for each side. The first on 73 minutes when Jody Dillon cut across the end-line and put it on a plate for Benny Lawlor, but he somehow didn’t get a connection on the ball. 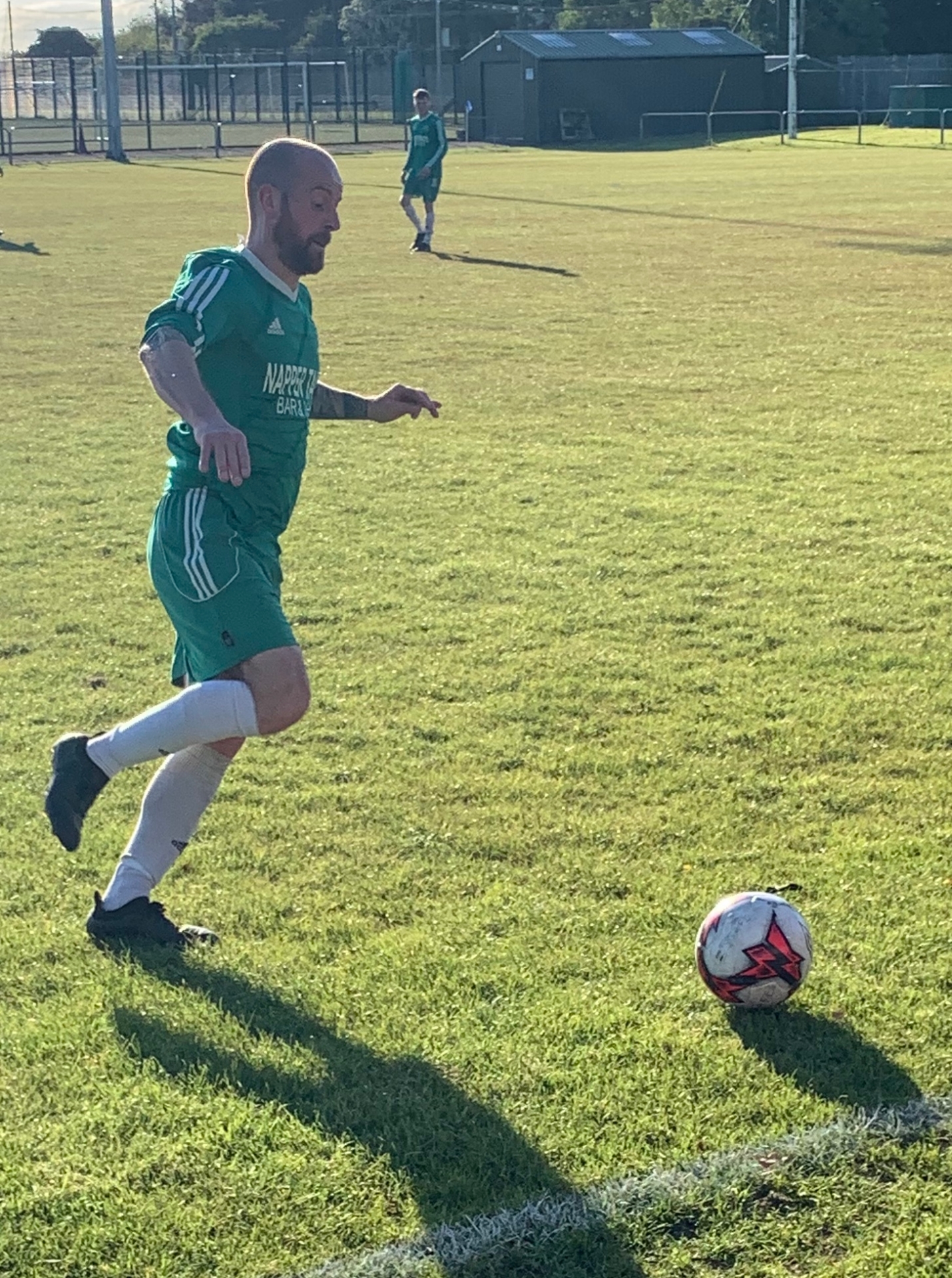 Then on 79 minutes Stradbally failed to deal with a long ball over the back but the Rovers front man just saw his squeezed shot shave the outside of the Stradbally post. These proved to be the last two chances and the game headed for extra-time.

Six minutes into the first period the breakthrough came, a loose ball from a half-cleared corner kick by Rovers fell to substitute Jake Byrne and he rattled the crossbar with a 12 foot volley but Richie Ryan didn’t hang around and he thundered a header from the rebound to put the boys in green ahead - much to the delight of the once again strong Stradbally support in attendance to leave it 1-0 at the break in extra-time.

Stradbally then lost Jody Dillon to injury with Alan Delaney replacing him. It was back to the walls stuff for the remaining minutes of extra-time with Rovers throwing the kitchen sink at the Stradbally back four, but they bravely held firm with some heart-in-mouth moments before the referee blew the full-time whistle to a huge roar from the traveling support.

A first ever Counties Cup Final appearance for Stradbally Town since they became founding members of the old OWL league before was it was rebranded into its current CCFL format. Stradbally will finish the season in style in the coming weeks in a Counties Cup Final, the most prestigious Cup Competition in the CCFL, where they’ll face Senior Division runners up Monksland United from Athlone who defeated Mountmellick Utd in the other semi-final on Saturday Night.

Colin Beale, Podge Fitzpatrick, Jimmy Langton and the star man on the night Richie Ryan were top performers on the night for Stradbally.