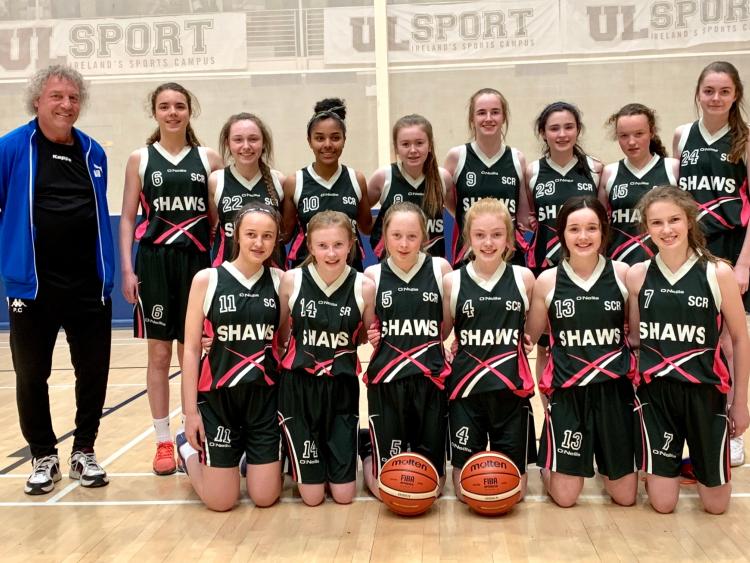 The Scoil Chriost Ri basketballers took home silver medals from the First Year ‘A’ All-Ireland Championships at the University of Limerick over the weekend.

Scoil Chriost Ri won five of their six games in UL at the weekend at the All Ireland Championships. They had to settle for silver medals when beaten by a very strong Pres Castleisland team after a valiant effort.

On Saturday the girls played superb basketball to top their group with wins over Cork champions Carrigaline, North East champions Ballyshannon and North East runners-up Dunshaughlin to qualify for the quarter-final.

On Sunday, Scoil Chriost Ri combined skillful basketball with courage and battling qualities to beat Milltown in the quarter-final before advancing and beating Pres Killarney in the semi-final, both by three points.

They faced the stiff challenge of Pres Castleisland in the final, and the Kerry school got off to a blistering start to go 15-1 in front. Despite a valiant effort from the Scoil Chriost Ri girls the gap was too much and they eventually lost 34 to 17.

Pres Castleisland also got the better of Scoil Chriost Ri in the U-14 All-Ireland Cup final earlier in the year, and these two teams will surely be seeing a lot of each other over the next few years.

The standard of basketball played by SCR over the weekend augers well for the future and all are eagerly awaiting next season.