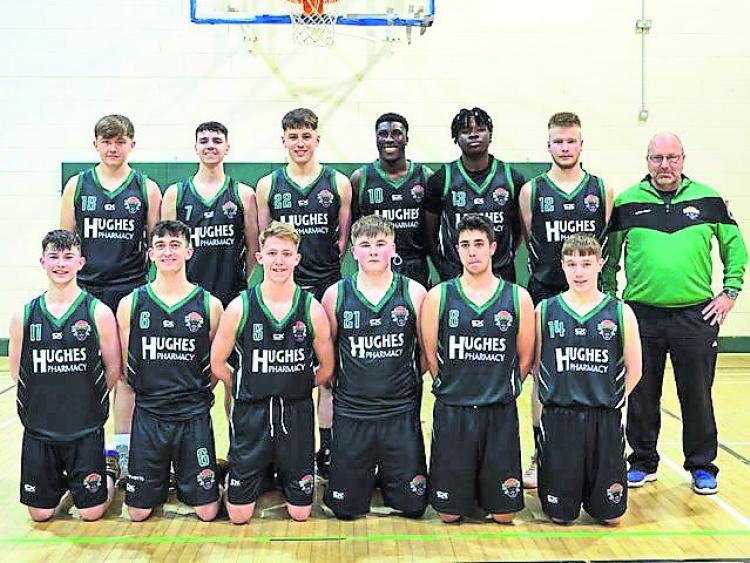 Panthers were off the mark early with good shooting from Conor Byrne and their big man Rian O’Connell finished well after good inside passing from Gary Morrissey.

As the quarter went on, they continued to keep the scoreboard ticking over with fine shooting from Pierce Bolger Hinds and a big three-pointer from Rian O'Connell

Waterford were also playing well with a couple of good baskets of their own. There was nothing between these well organised teams but Portlaoise continued to keep a 4 point gap.

While captain Rian O’Connell had dominated for the Panthers in the first quarter it was James Phelan who was the stand out performer of this quarter as he showed his skills to bring his side into the game and put 8 points of his own on the scoreboard.

As the halfway whistle approached Trevor Swayne put 5 more points on the scoreboard to open up a 10 point lead. 36 points to 26 points.

Trevor Swayne picked up where he had left off with a big three-pointer followed by a great score from Gary Morrissey who drove right down the middle of the Waterford defensive.

Panthers kept working hard through Glenn Comerford and Pierce Bolger Hinds but Waterford were having their best spell as they seemed to score more easily and the gap came right down to 4 points.

James Phelan and Conor Byrne scored at the other end to help their team to a 6 point lead.

The last quarter saw Waterford come out strong to get the first couple of baskets. The game started to swing back towards the Waterford team to see them with 2 points.

Panthers settled and got back to scoring ways with baskets from Gary Morrissey and James Phelan. These were shortly followed up with some excellent shooting from Trevor Swayne and Rian O'Connell as they maintained the lead.

The game was there for either team and in truth either team could have won this game but Portlaoise showed great composure to control the ball.

Waterford upped the tempo and got it back to two points, but that was as good as it got for them. Portlaoise held their nerve and went on to a well deserved win that saw them achieve the Kilkenny double, league and cup wins.