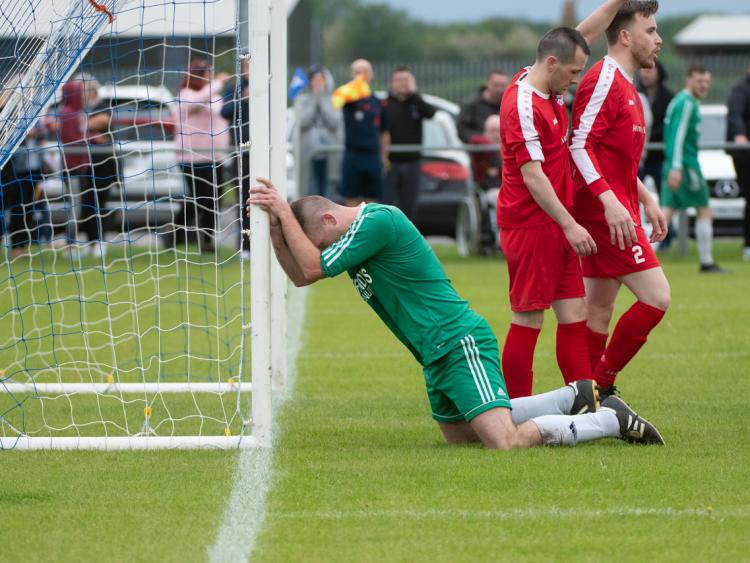 It was a disappointing end to a fantastic season for Stradbally Town on Saturday evening after they went down 3-1 after extra time in the John Farrell Combined Counties Cup Final. 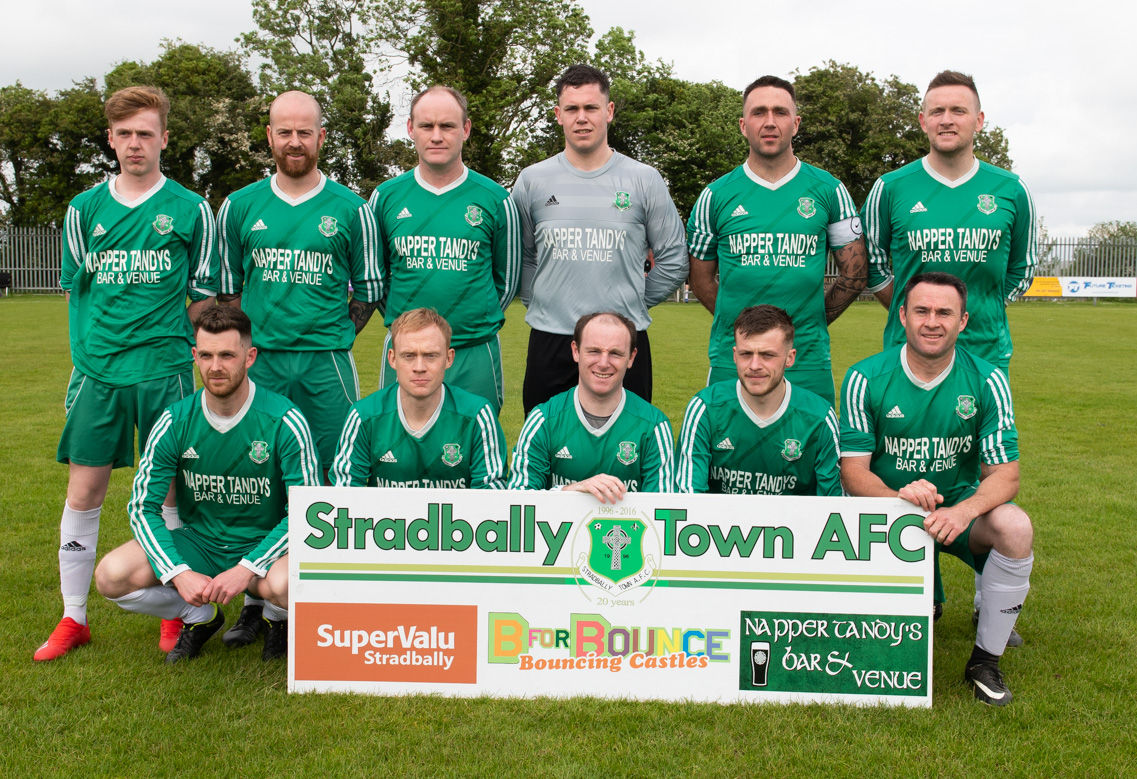 After a hugely successful season for Derek Beale and his men that saw them clinch promotion to Division 1 and a Division 2 Cup to boot, it came to a bittersweet end in Tullamore against Athlone’s Monksland United.

Stradbally, arguably, were the better side for the majority of normal time. Monksland took over in the closing stages however and as the game moved into extra time, secured the win to bring the Combined Counties Cup home to Cushla Park.

Stradbally Town, unbeaten in well over half a year of competitive action, started the better of the two sides with early chances from Jody Dillon and Benny Lawlor testing the United keeper, Cathal Hannon. 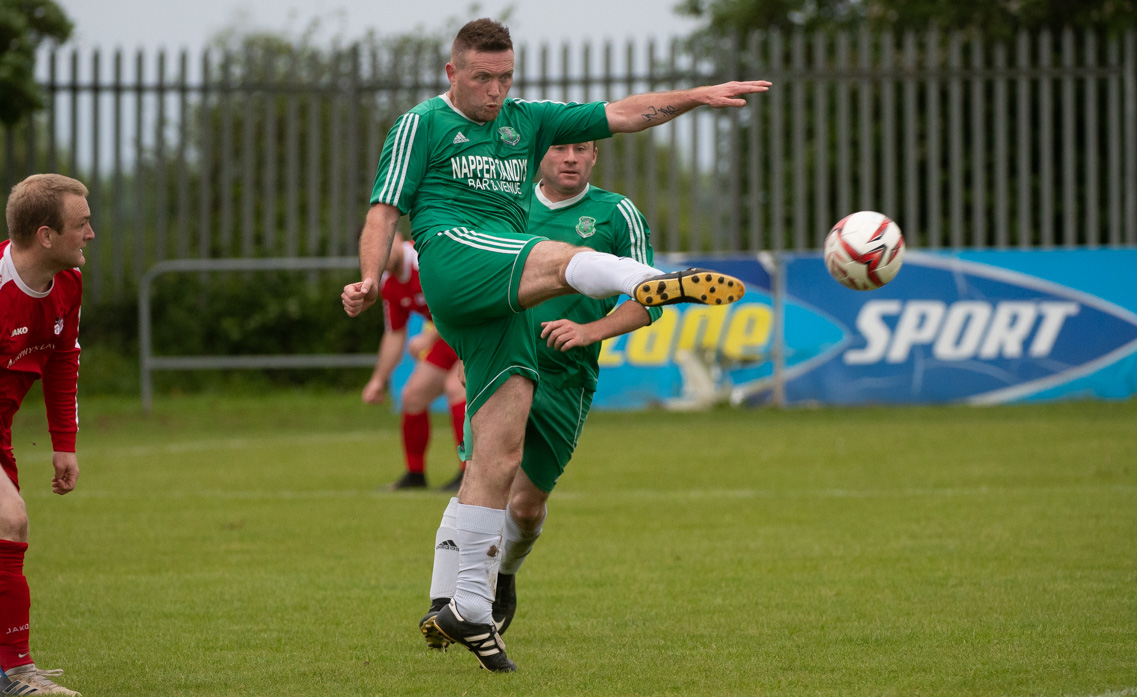 Monksland were limited to playing long from the back due to the pressure Stradbally were imposing on them. But for all of the Stradballys efforts, it was their Westmeath counterparts who took the lead just before the break.

A long ball played from the back saw Monksland trouble the Stradbally defence. An initial shot from Conor Jordan saved by Wayne Comerford but the danger hadn’t passed and after great work from Cathal Callinan, David O’Brien forced his effort into the back of the net.

That wasn’t the last of the action in the first forty-five however. Dillon again involved, linking up with Podge Fitzpatrick down the left before the ball found its way to Benny Lawlor who made no mistake in front of goal to ensure the sides went into the break level. 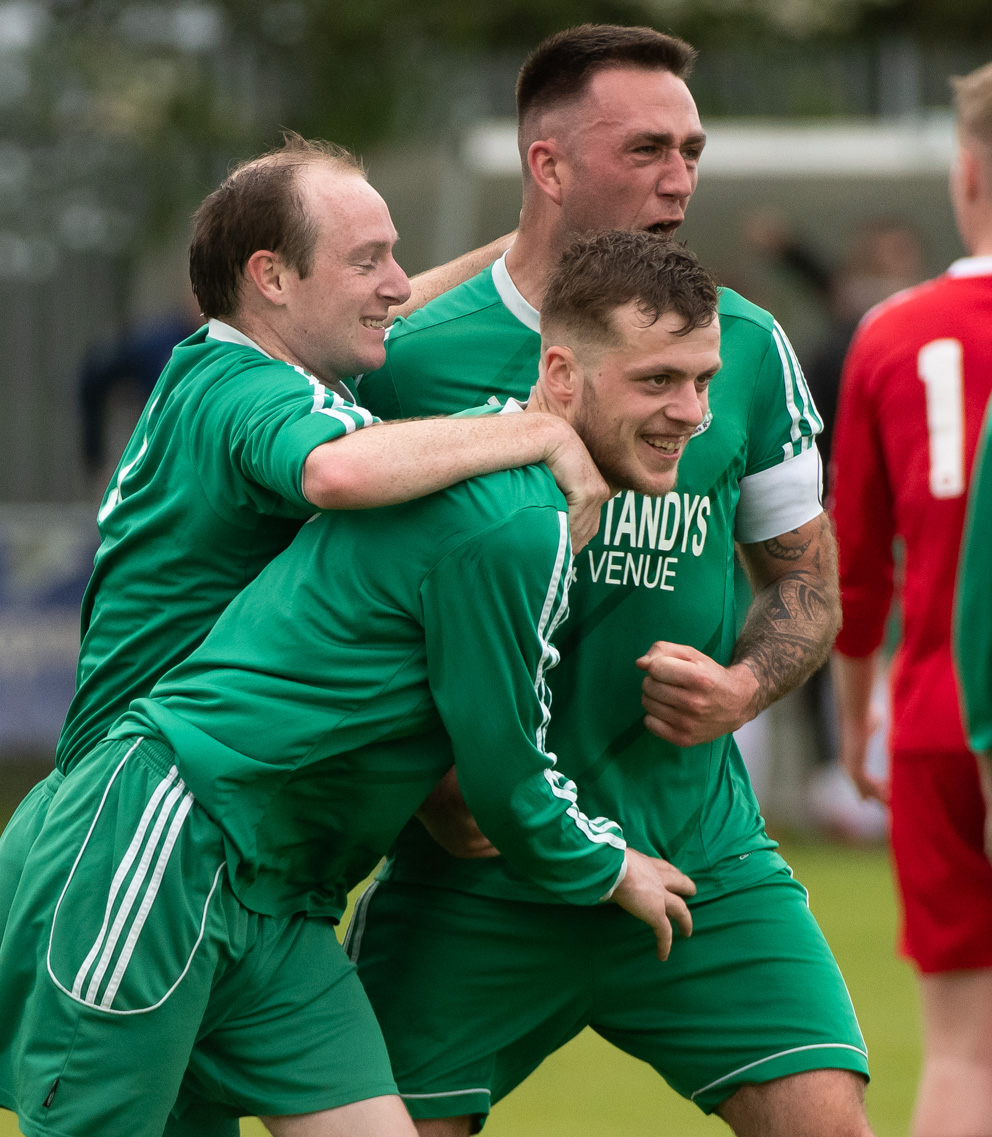 The start of the second half offered up more of the same as Stradbally continued to be the dominant team, but did not have anything to show for their efforts. Chances for Fitzpatrick, Dillon and Damien Murphy all went begging and the tide was beginning to turn.

Monksland were coming more and more into the game and the last fifteen/twenty minutes saw the Shannonsiders really take control. They created chances but the score remained the same, despite a guilt-edged opportunity for substitute Dylan Jinks unmarked at the back post. Jinks saw his volley remarkably saved by Comerford.

Extra time it was and it started as regular time had ended, with Monksland on top. And they got their just reward for their dominance. More good work from Dylan Jinks saw his shot rattle the woodwork and the ball fell to David O’Brien once more to double his own tally for the match and give his team back the lead. 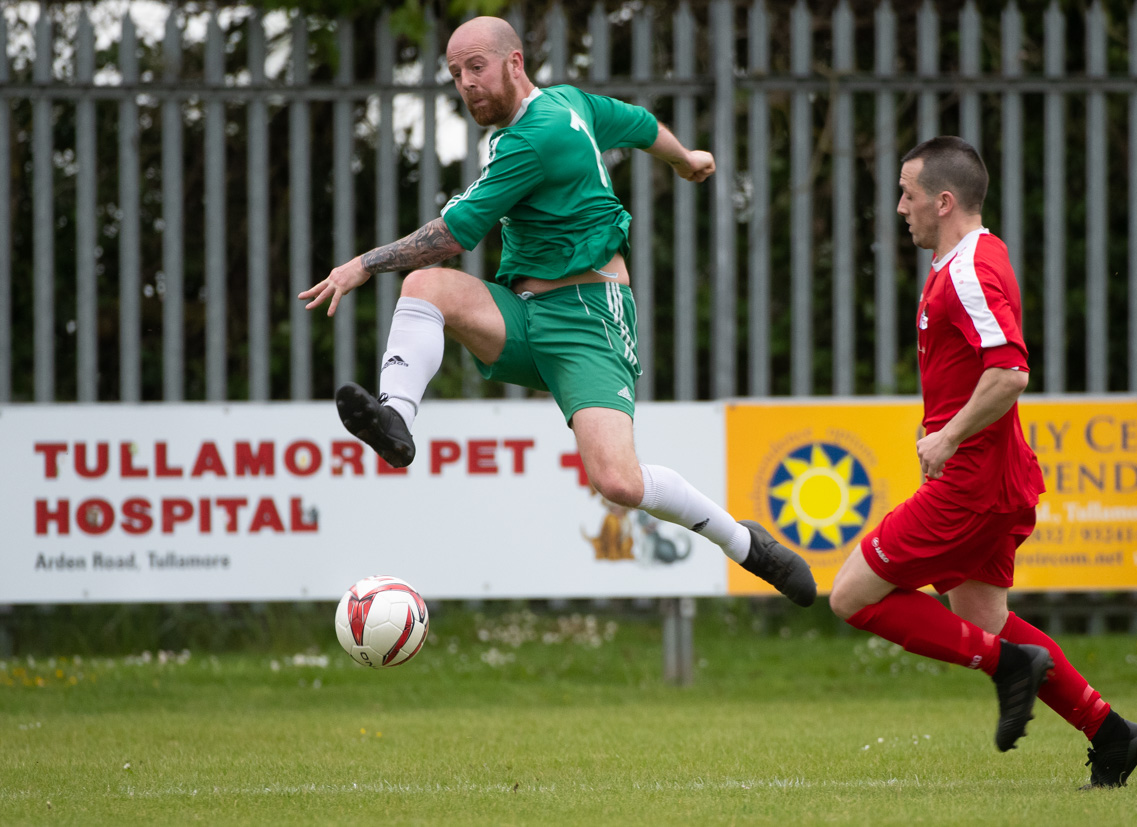 Stradbally regrouped at the interval and in the second half of extra time, poured forward. After his heroics in the round previous, Richie Ryan nearly got Stradbally square with a flying header. But from the kick out, Monksland raced down the other end and substitutes John Stapleton and Kevin Brennan linked up before the latter secured the win and the cup for Monksland.

The use of the extended panel was huge for Monksland with all three subs playing their part in the winning goals.
For Stradbally it’s a sad end to their first appearance in the Combined Counties Final. But Beale’s side will look back on this season fondly before preparations begin for Division 1 next season.