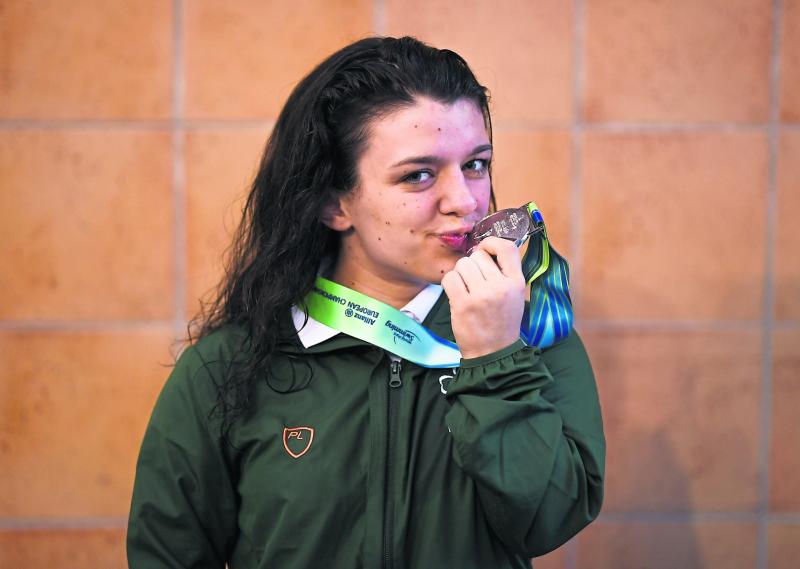 Portarlington native and Colaiste Iosgain student Nicole Turner has won a gold medal in the 50-metre Butterfly Youth final in the World Para Swimming Series in Berlin this week.

The Colaiste Iosgain Transition Year student, 16, previously won a silver medal in the European Para series but this year went a step further to claim gold in the World series with a brilliant performance.

Turner is also one of eight top Irish athletes who are ambassadors for Dare to Believe organised by the Olympic Federation of Ireland.

They will promote the benefits of sport, Olympism and Paralympism to fifth and sixth class students in schools nationwide.

Nicole who has Achondroplasia which causes dwarfism, is a champion swimmer and dedicates herself to a tough training regime.

Last year she lit up Dublin’s National Aquatic Centre at the European Para-Swimming Championships, claiming a silver medal in the S6 50-metre Butterfly. In 2015 she won silver in the Youth category of the British International in the 50-metre butterfly. She competed in her first major senior international championships aged 13 at the 2015 World Championships in Glasgow.

Laois County Council held a civic reception for the young Portarlington sports star in May 2017. Last year she was shortlisted for the RTÉ Sports Awards 2018 Young Sportsperson of the Year.