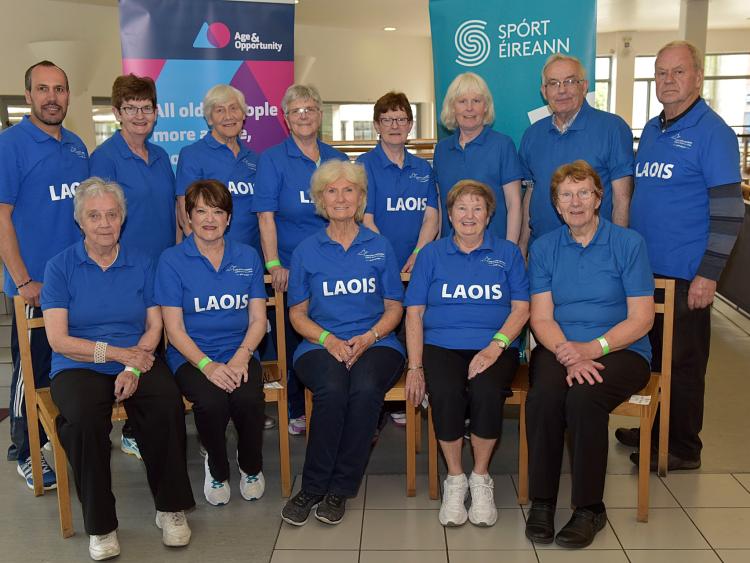 A team representing Laois competed at the 2019 National Go for Life Games held in the DCU on Saturday 8th June. The competition included twenty-four teams of older people donning their county colours, participating in a day of fun and sport.

The Go for Life Games brings together almost 300 older people from all over Ireland to compete, to be active and most importantly to have fun meeting and competing against their peers from every other county. Now in its eighth year, it has grown to become one of the biggest social sports events for older people in Ireland.

Go for Life is the National Sport and Physical Activity Programme for Older People, run by Age & Opportunity and funded by Sport Ireland. The Go for Life programme and the National Games event demonstrate that sport is for everyone no matter what age or ability.

With 24 teams from 20 counties competing LAOIS faced some stiff competition on the day. What began as a small pilot event with 7 counties taking part in 2012 is now a year round phenomenon with groups of older adults training and practicing in order to compete in the finals in DCU.

A member of the Laois team won a Spirit of the Games Award, given to individuals who encourage a spirit of fair play and solidarity during the final. Caroline Cahill who went beyond the call of duty to help out the teams she played against on the day. 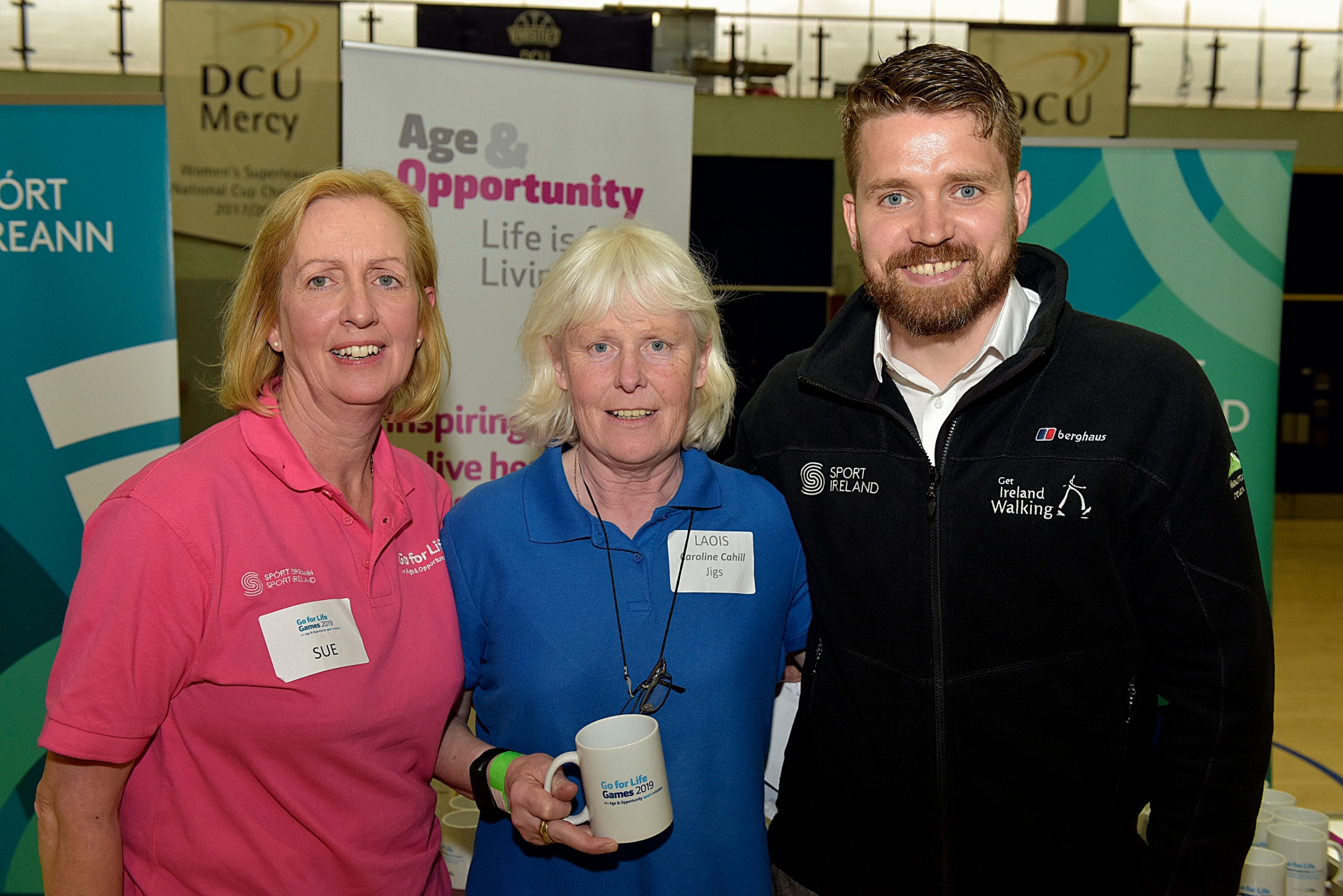 Go for Life Games Spirit of the Games Award Winner Caroline Cahill from the Laois Team.

Sue Guildea, Physical Activity Programme Manager for Age & Opportunity was delighted with the great atmosphere on the day:

“The National Games are always the highlight of the Age & Opportunity calendar each year. There is a great buzz around the day which reflects the build-up in each county with leagues, blitz days and weekly games happening in local communities, sports hubs, men’s sheds and sports clubs around the country.  The beauty of the Go for Life Games is they have been adapted from existing sports so that they are open to adults of all abilities.”

The games themselves were devised specifically for older people which means even if you have never been “sporty” you can be now.

“Scidils” is a two sided adaptation of ten pin bowling but using two skittles and a smaller lighter ball and “Flisk” is adapted from boccia and horseshoe pitching.  “Málaí” – an adaptation of the popular cornhole game using beanbags and a wooden box.  Some of the counties have their local mens sheds putting these sets together for them.

These games, with clear rules and scoring systems, can be played and practised by everyone, no matter what level of sporting ability.  They are great for improving balance, strength, flexibility and concentration. The social aspect of the Games also brings people together with a healthy amount of competition and county rivalry.

All the teams come together from Active Retirement groups, social clubs, Men’s Sheds, sports clubs, ICA’s, Go for Life groups and other community groups, are supported year round by their Local Sports Partnerships.

To find out more about the Go for Life initiative in your county, contact Age & Opportunity on (01) 805 7738 or visit ageandopportunity.ie.

The Laois team that competed at the Go for Life Games at DCU: