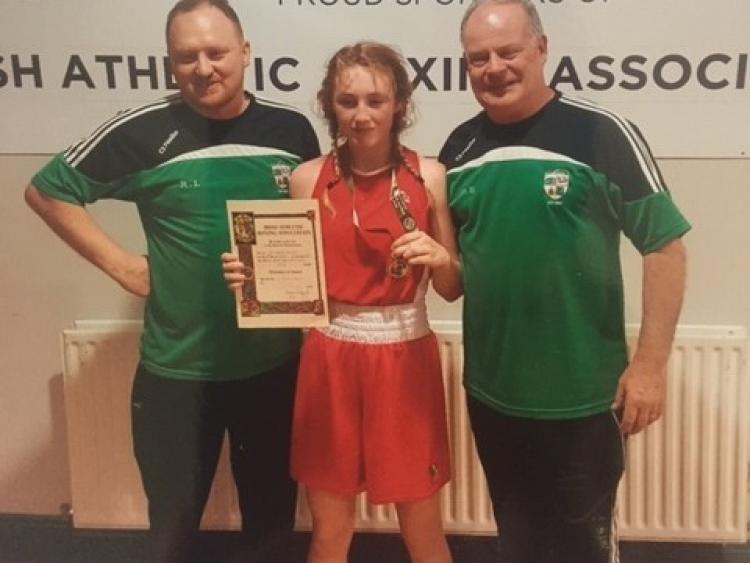 After winning her weight category in the National Championship in extraordinary fashion, Rachel through her performances was selected to represent Ireland, at the European Senior Cadet Championships in Romania.

Rachel’s preparation for these championships was excellent. She participated in numerous training camps in Dublin and Dungarvan.

Prior to departing for these championships, Rachel was bestowed the honour of being appointed team captain by the management of the team, a distinction and honor she gracefully accepted.

Her opponent in her first contest was the talented, and favourite to win the competition, Sophie Mizzoni from Italy. The contest was boxed at a very high Intensity, with both boxers giving their all. Going into the last round, the contest was level. However, Rachel lost out by the narrowest of margins on a split decision.

This was a huge disappointment for Rachel. However, her Italian opponent got to the final, out -pointing England and Russia on her way. Her opponent in the final was, Bonzana Grovnicko from Montenegro who won final on a 3/2 decision.

Rachel will take great heart and confidence moving forward from this outcome.