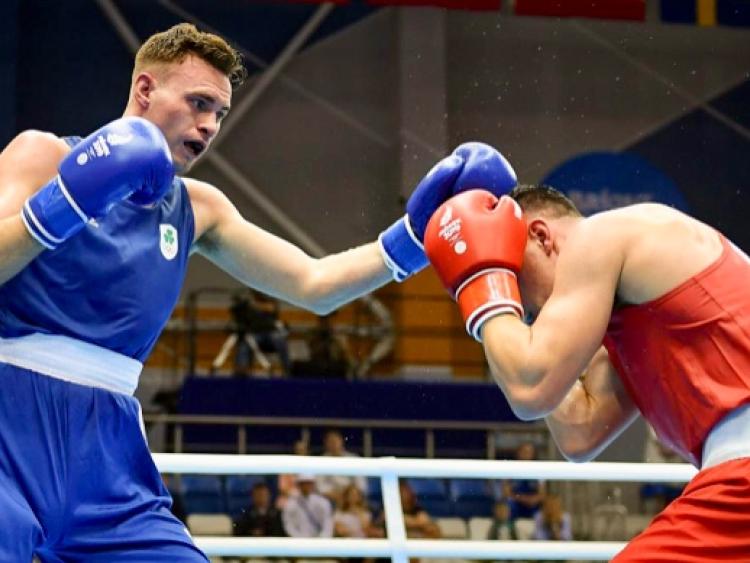 After being selected to represent Ireland at European Senior Elite Championships, Portlaoise boxer Michael Nevin did not disappoint in Belarus this week.

Nevin has made it two wins from two for the Irish boxing team at the second European Games in Minsk, pulling off two superb performances to march into the next round of the competition.

In his first contest he met the talented and highly respected boxer from England, Mark Dickinson.

Nevin started very well at the bell, but lost the first round on a 3/2 split. He stormed the second round and won it with a 3/2 split in his favour. After regrouping, he boxed with all the confidence in the world, leaving down a marker to all the other participants that he meant business.

It was in the last round where Nevin excelled. He boxed to his strengths and and won the round. Nevin went on to win the contest on a 3/2 split decision. The win set him up to box the European Champion and Rio 2016 Olympic Bronze medalist, Kamran Shakhsuyarly from Azerbaijan.

Nevin boxed out of his skin, utilizing all his skills, and was up for the battle. He truly delivered one of his best performances of his career to date. He won the contest by a unanimous decision. This was a remarkable achievement by any standard, but particularly when you consider Nevin is only twenty years old.

Nevin is now into the last eight and will box for a bronze medal against a tough and very talented Turkish boxer, Serhat Güler, another WSB veteran. There is no doubt that Nevin has come of age at these championships. The opponents he has beaten in this competition, clearly indicates this.

Nevin's coach, Pat Ryan, says, “Michael is an extremely talented young boxer. He is a very level headed young man. He is very definite and clear minded on what he wants to achieve. I have absolutely no doubt he will achieve many, if not all of the highest accolades in the sport of boxing, his one and only love.”

We will keep you up to date on the rest of Nevin's journey.

Read also: Time and Venue confirmed for Laois and Offaly's Round 3 Qualifier clash