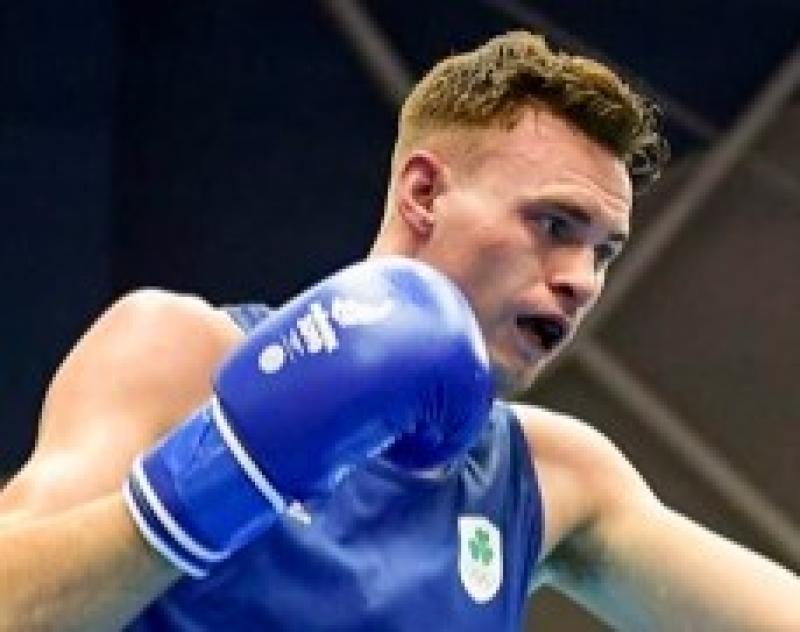 Laois boxer Micheal Nevin will be welcomed home to Portlaoise with a bronze medal from his first major senior international championship after his European Games.

Michael came up short in his tilt for silver at the championships Minsk in what Team Ireland described as a 'heartbreaking' way with a knock out win for his opponent Italian Salvatore Cavallaro.

But Team Ireland is proud of what Michael has achieved. It tweeted that the Portlaoise Boxing Club representative took home a 'superb bronze' in the middleweight division.

Heartbreak for Michael Nevin as his semi final bout comes to an abrupt end with a knock out win for Italian Salvatore Cavallaro.

The former European Youth, Junior and Schoolboy champion was boxing for the fourth time in six days in Belarus and was already assured of bronze at 2nd edition of the games.

He defeated a British boxer and an Azerbaijani fighter in other bouts on the way to the semi-final.

Michael, who turned 21 in May, put in a great display to make it to the semi-final after winning a 4-1 split decision over Turkey’s Serhat Guler in his quarter-final bout. More below tweet.

Four Irish boxers are in action this eve in Session 2:

“Michael Nevin has just put in a top-class performance in his victory over Turkey to guarantee another medal. Was a fantastic bout and great to see him perform as he did,” he said.

The medal presentation takes place on Sunday afternoon after the final of the 75 Kg division between the Italian and a Ukranian boxer.