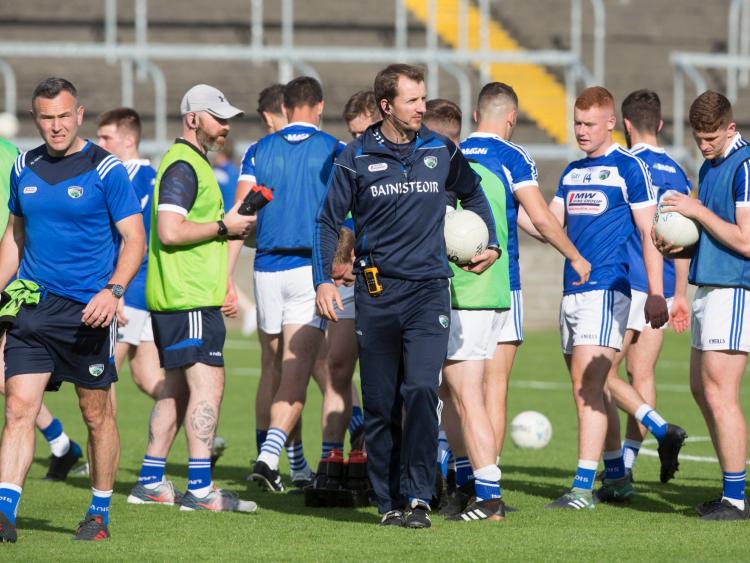 Laois football manager John Sugrue admits the win over neighbours Offaly ‘wasn’t great for the blood pressure’, but the Kerry native was delighted to see his side march on into Round 4 of the Qualifiers again.

We’ve come up against an Offaly side who are definitely improving without a shadow of a doubt. At the end of the day, Offaly are still Division 3, the same that we have been this year.

In fairness to John Maughan he’s got Offaly playing football again. It probably wasn’t great for the blood pressure at times, but anyway, we got our win."

The second half performance from Laois was the winning of the match.

"Probably pushed on to them a little bit in the second half and that wind was sizeable. Going in ten all at half-time was actually not a bad performance by us in the first half, despite us turning over the ball a lot. The wind was worth a couple of points and we knew if we could just tack on a couple of points Offaly would struggle to score down the other end."

The two Kingston’s, Donie and Paul, accounted for half of Laois scoring total, but Sugrue highlighted the importance of the team display.

‘Yeah the boys had a good day out today, but there were lots of fellas showing good form. We brought in off the bench again and fellas showed reasonably well. We’re a work in progress really with regard to trying to develop our best fifteen, our subs as well who have to come in, so we have plenty to address.’

"You’re going to want to develop a lot of momentum as a Division 3 side going into next weekend. It’s going to be a serious step up for us. We’ll need every bit of momentum we have."

Sugrue will hope that injury concerns Colm Begley and Mark Timmons improve over the next week.

Sugrue is now relishing another chance to make the Super 8’s.

‘Yeah it is great. The lads have worked really hard for it, and I’m delighted they’re getting a chance at getting back to the stage we were at last year and see can we squeeze something more out of ourselves.’

Veteran Ross Munnelly surprised a few by making a return to the starting fifteen, and Sugrue hails the Arles-Kilcruise’s forward’s hunger for the shirt.

"Ross has got his opportunity and he’s fully deserved it. He’s a fella who’s had to bite his lip a couple of times lately when the starting team is named. Guys who get that kind of a scenario put in front of them have got to react, and Ross reacts constantly pretty much all of the time. He’s really on the training ground more than other fella and he’s practicing his frees and he’s really pushing himself hard in training."