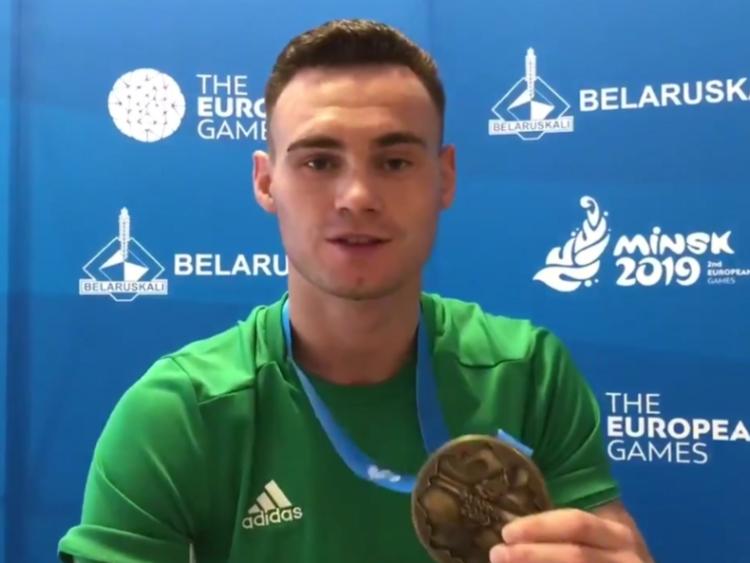 Michael Nevin shows off his bronze medal in Minsk.

It's onwards on upwards according to Portlaoise and Ireland boxer Michael Nevin after he received his bronze medal at the European Games in Minsk.

Savouring success at a senior international level for the first time, the boxer, who is aged 21, was looking forward to more challenges when he spoke with Team Ireland after the medal ceremony in Belarus.

Michael, a member of Portlaoise Boxing Club, described the blow that led to his KO defeat in the semi-final of the middleweight division as 'freakish'.

He was happy with the championship and the experience especially as he defeated an Olympic bronze medalist on the way to the final.

"Definitely it's onwards and upwards from here," he said.

The boxer thanked everybody who has helped him get this far.

"I wouldn't have got here without all my coaches, my club coach Pat Ryan, all my family my father especially," he said. MORE BELOW TWEET

The total haul for Irish boxing at the games was gold, two silver and three bronze.

Team Ireland are due to arrive home via Dublin Airport at 11 am tomorrow morning.

Irish boxing has won ten medals at the European Games.