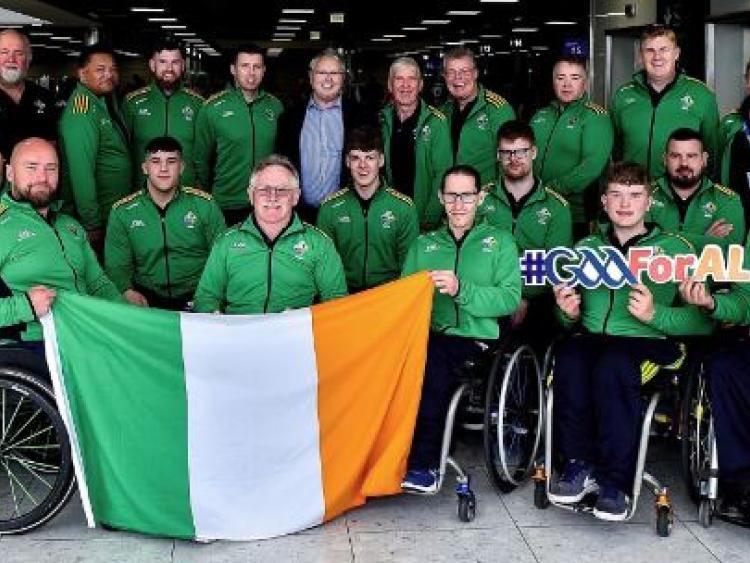 Three Laois men represented the Irish Floorball wheelchair squad at the Floorball Para Games in Breda, Holland, as part of the GAA for All program.

Goalkeeper Sean Bennett from Rosenallis and defenders Lorcan Madden from Rathdowney-Errill and Paul Tobin from Mountrath have six league, eight championship and six all-star medals for wheelchair hurling between them. This record ensured they were selected to for the foorball, their secondary sport.

It’s a fast, skilful game, with no high sticks or swinging, and every movement is made below knee height. A team is made up of six outfield players and a goalie.

Coaches Paul Callaghan and Shane McCann travelled to Holland first, and then they returned to form a team of twelve. Three men were selected from each province, the Laois trio chosen to represent Leinster. 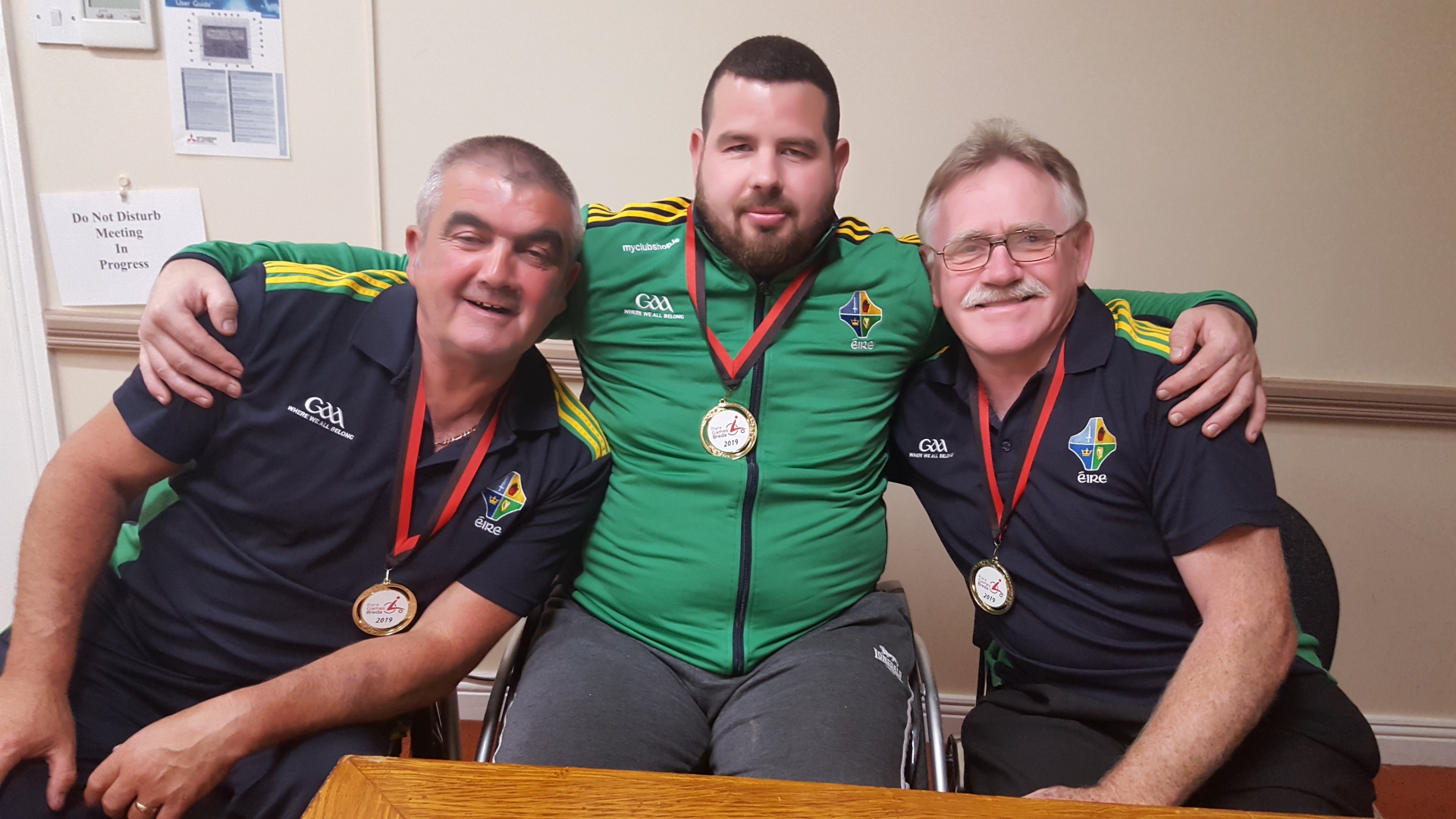 A highlight of the trip was the Garda escort from Croke Park to Dublin airport confirming the men's representation of Ireland, which meant a lot to them. The team travelled to Einhoven, Holland on Wednesday the 26th of June and stayed at the Brabant Amrath Hotel, before travelling to Breda to participate in the competition.

Ireland were a bit nervous playing their first game which was against Germany, a game they should have won but ended up losing. They then faced Sweden, Holland and Switzerland, before beating USA in the play-off. The Dutch and the Swedes were very skillful, with their twenty years experience proving instrumental in their success.

The volunteers from all over Holland were very helpful and welcoming to all the countries participating. Ireland participated in the opening and closing ceremonies, and they also got to hear inspirational speakers who spoke of their journey.

Other sports played included amputee soccer, wheelchair basketball, badminton and power chair floorball. The speed and skill of these players at different levels of ability were inspiring.

Bennett, Madden and Tobin have all been patients at the National Rehabilitation Centre, and they have come a long way since then. They realise that for Ireland’s success in Floorball there will have to be investment in the sport, and hopefully the GAA program will be involved. The Para games are on in two years time, and both Tobin and Bennett felt they may not compete, but wish their team colleagues and new young players the best of luck. They hope they have an opportunity to take part.

Dale Fitzgerald is developing a program for juniors with severe disabilities, encouraging them to get involved in sport. He wants to see young wheelchair players sign up.

More players are needed and with it comes the opportunity to represent your country. Please contact Sean Bennett or Laois Sports Partnership for more details.