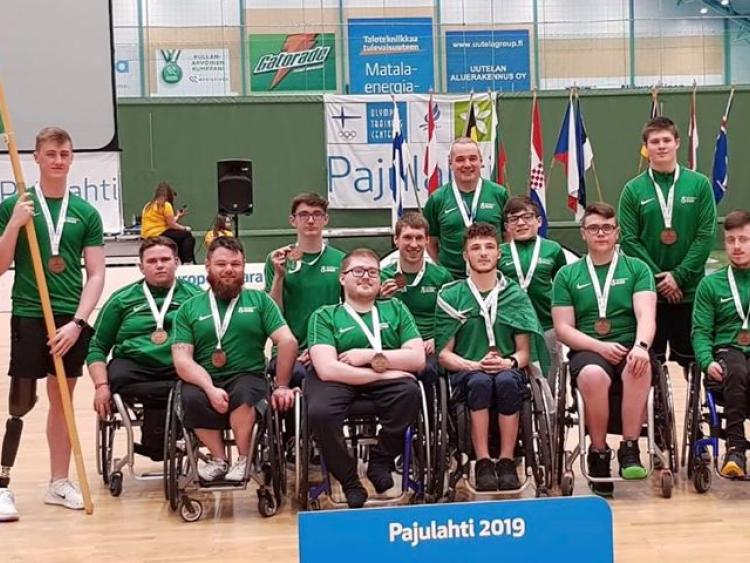 Jack Mangan, aged eighteen from the Swan in Laois, touched down in Pajulahti, Finland, with the Irish U-23 wheelchair basketball team for the European Para Youth Games, and the young man managed to bring a bronze medal back home with him.

The squad stayed at the Athletes' Village, which is part of the Pajulahti Olympic and Paralympic Training Centre.

Ireland met eventual winners France in their first outing, and lost out to the strong French side.

However, they bounced back against hosts Finland, and despite losing to Italy, Ireland beat Portugal in their final group game (49-41) to see them into a play-off with a bronze medal at stake.

They faced Portugal once more, and in a more dominant fashion, the Irish defeated the Portuguese for a second time on a score-line of 42-24. 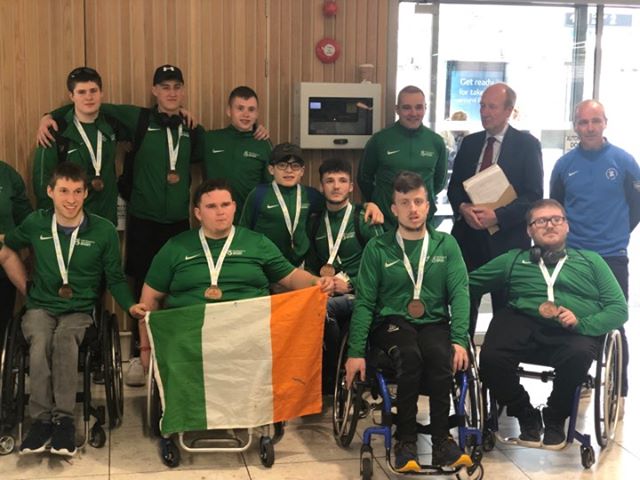 The result for Ireland came as a surprise considering they had never previously competed at U-23 level, and the young Irish team showcased plenty of skill and potential in their success.

Upon their return, the team members captains were greeted at Dublin airport by a large group of supporters to celebrate their fantastic achievement.

Coaches Con Loughlan and Alan Dineen (international Irish rugby player) led the ten members for the competition, and the team's success bodes well for the future of Irish wheelchair basketball.

It's not finished for Mangan either, as he is set to link up with the senior Irish wheelchair basketball team for their trip to Barcelona where they will be taking part in the 23rd edition of the City of Barcelona International Wheelchair Basketball Trophy, which is taking place in the Espanya Industrial Municipal Sports Centre.

From there, Mangan and the Senior team will be on the move again when they travel to Bulgaria for the European games in Sofia.

We'll be keeping a watchful eye on Mangan's progress throughout this month.