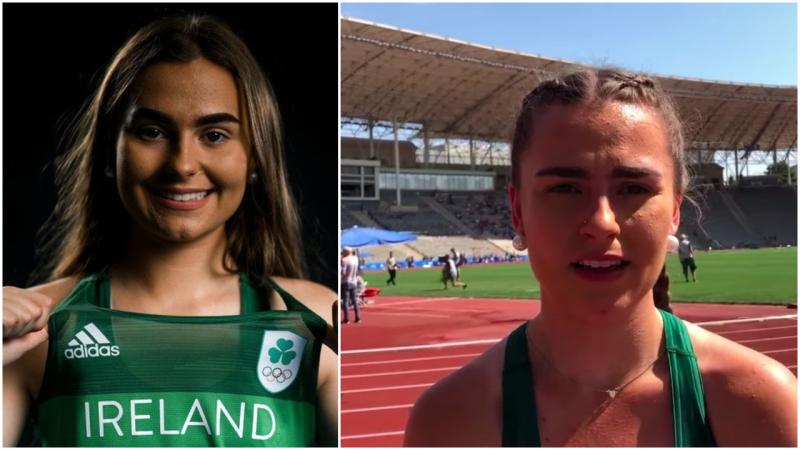 Laois athlete Ava O'Connor has finished in seventh place in the Girls 1500m final at the European Youth Olympics in Baku this morning.

O'Connor of Knightstown, Mountmellick and Scoil Chríost Rí Portlaoise plys hers trade with the Offaly athletics club Tullamore Harriers where she is coached by Damian Lawlor and the endurance crew.

Prior to jetting off to Azerbaijan for the European Youth Olympics in Baku, O'Connor was given a warm send-off by family and friends - Read Here

Ava competed in the Girls 1500m final in the Tofiq Bahramov Stadium, putting in a superb performance to finish in seventh place with a time of 4:34.98 - which was higher than her ranking coming into the race - in her first ever major championship.

Still only 15-years-old, the determined athlete moved to the front in the final lap up until the final 150 metres.

Watch the post-race interview with a delighted and proud Ava O'Connor below:

Fantastic racing from Ava O’ Connor in the Girl’s 1500m Final to finish 7th in 4.34.98, higher than her ranking going into the race. The determined @TullamoreH racer was quick out of the blocks and in the final lap moved to the front until the last 150#TeamIreland #EYOF2019 pic.twitter.com/YQuYz1zOad