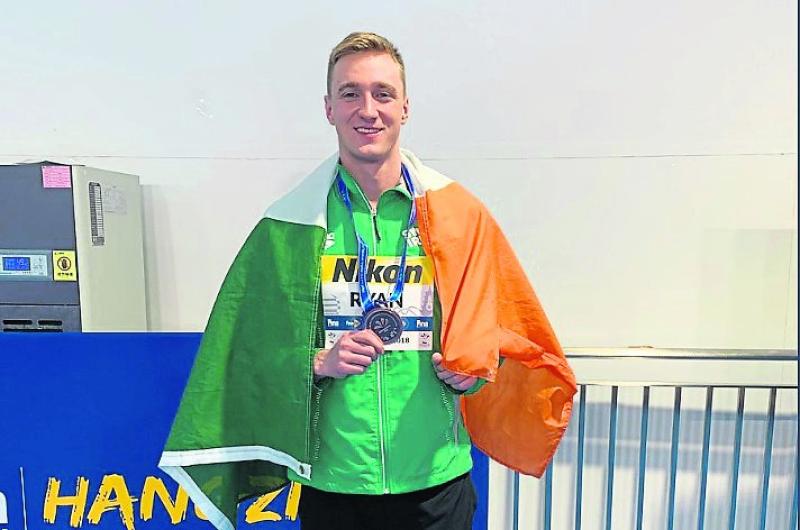 Portarlington man Shane Ryan has been busy at the FINA World Championships in Korea last week as he helped his Medley team secure a new national record.

Ryan started his games with the Ireland’s 4x100m Freestyle Relay team where they were in record breaking form, with the quartet combined for a time of 3:17.38 in the heats, knocking two tenths of a second off the previous record (3:17.55) set at the 2018 European Championships.

Ryan continued to the 100m Backstroke on Monday morning, and went into the event off the back of setting a new Irish senior record of 53.73 seconds at the Irish Open Swimming Championships at the NAC in Dublin back in March.

However, a bad start to the race proved to be his downfall, and he couldn't make up the sufficient distance to claw his way into qualifying from heat 6. He finished with a time 54.24 in seventh place, and only 1.39 seconds behind qualifying for the semi-finals.

Ryan bounced back with a superb swim in the 50m Backstroke to secure a semi-final place, but he withdrew to concentrate on the 4x100m Medley Relay.

That decision paid off as well as Ryan, alongside teammates Darragh Greene, Brenda Hyland and Jordan Sloan, set a new national record with a time of 3:35:86.