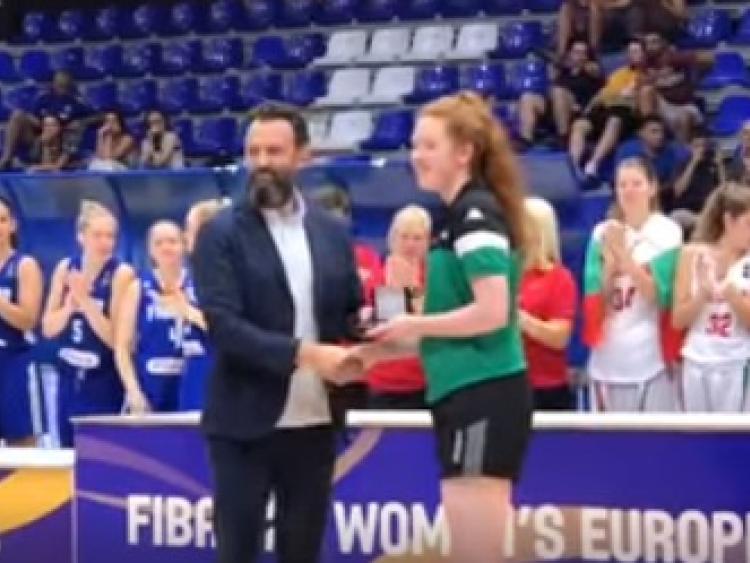 Captain fantastic Claire Melia, formerly of the Portlaoise Panthers Basketball Club, was named as one of the top five players in the U-20 Women's European Championships in Kosovo over the weekend.

The Ireland Under 20 women wrote another piece of Irish basketball history as they ran out 60-57 point winners over Great Britain to not only win the bronze medal at the FIBA U20 Women’s European Championships Division B, but to also earn promotion to Division A basketball for Ireland at this age group for 2020.

Melia led from the front again, finishing her tournament with a double double of twenty points and ten rebounds, along with seven assists. Her terrific performances were even rewarded with an All-Star at the end of the tournament, a prestigious award.