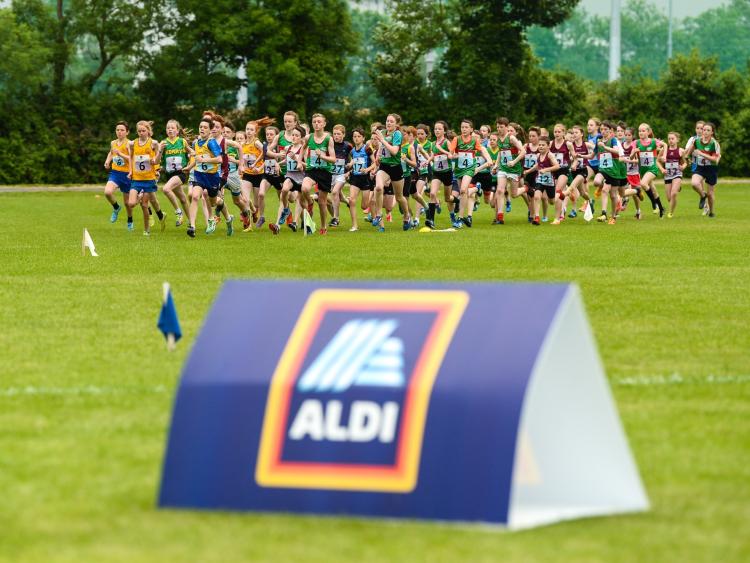 Over the last 50 years Aldi Community Games has become an intrinsic part of the fabric of Irish society. Many people associate Community Games with their childhood – and similar to memories of “tip the can” and “red rover” it is a part of their childhood that is forever nostalgic and positive. This weekend, the competition's national finals come to the University of Limerick for two full days of action.

The unique organisation that started small - in 1967 just 3,000 children from Dublin took part in the preliminary rounds, leading to the finals in Santry. Now over 50 years later there are 172,000 taking part annually with 8,000 children participating at the National Festival each year over two weekends.  The children can choose from Art, Handwriting, Table Tennis, Swimming, Drama, Dance, Soccer, Athletics…..over 50 different events in all.

Everyone has a memory of Community Games – either, they took part or they know someone who took part.  Many people who have gone on to be in the public eye credit taking part in Community Games with who or where they are today:

A six-year old Paul O'Connell headed off to Mosney on the train in 1986 and came home with a silver medal for swimming two widths. A first of 6 medals (all of which he has held on to with pride). He said that at the time he felt like he was in Disneyland!

“I remember my time participating in Community Games with great affection. The community spirit and camaraderie of the Games is truly unique.  It’s not only about winning - the focus for me was on taking part and enjoying sports which led to a healthy lifestyle.  Competing from a young age in swimming, I learnt the importance of preparation, determination and dedication - values I later applied on the rugby pitch.” Paul O’Connell

Niall Quinn – former Ireland International said  "Frequently, many people ask me to reveal my proudest moment in sport.  "World Cup?", "Wembley?", "Lansdowne Road?", some even mention "Croke Park"!  Well they are always wrong.  My proudest moment took place back in September 1975 at Mosney in the All-Ireland U12 Long Puck Final.  That is what I consider to be my greatest sporting thrill. I shall be forever indebted to the organisers of the Community Games who on that September weekend in 1975 catapulted me into the World of sport.  I have no doubt that the self-belief and the character building that has been the secret to my success first came to being through the wonderful "event" that is the Community Games.”

Nowadays as children are becoming less active and more dependent on social media it is more important than ever that they have a community that supports them and provides them with more choices so that they can have healthier lifestyles.  Be it taking part in a project, singing as part of a choir, running 100 metres, playing tag rugby or simply cheering on their brothers and sisters playing soccer Aldi Community Games offers endless possibilities to Irish youngsters to get up, get out and get active.