The Heath remain on course for All-Ireland Rounders double 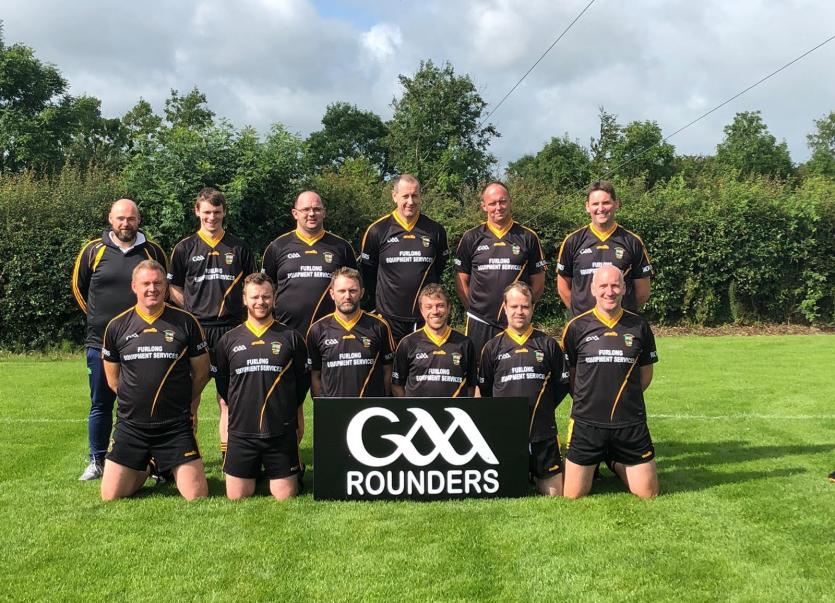 The Heath senior Men and Mixed rounders teams remain on course for an All-Ireland double after producing two stunning performances against Limekiln of Dublin in the men’s and Adamstown of Wexford in the mixed.

First up on Saturday morning last in Longford was the turn of the men where The Heath met old foes Limekiln. Limekiln won the toss and put The Heath into bat.

The Heath got off to a steady start getting five scores in the first innings and holding Limekiln to one score with good bowling from James Kavanagh and good fielding from Tom Moore.

In the next inning Limekiln clawed their way back into the game and it looked like it was going to be nip and tuck all the way through.

However, The Heath found another gear in the 4th inning and blew Limekiln off the field with a masterclass display of batting from everyone on the team running in an amazing 27 scores ending the match as a contest.

The Heath then tagged on scores in every innings and Limekiln just couldn’t live with the men in black and amber.

The Heath closed out the game on a scoreline of 69-26 to book their place in the All-Ireland.

Next was the turn of the mixed team where The Heath took on Adamstown of Wexford which proved to be a great encounter with Adamstown pushing the reigning two in-a-row champions all the way.

This game was a lot closer than the men’s with great fielding from both teams, Donnagh Treacy and Aoife Boyle standing out for The Heath and Tristan White from Adamstown.

After the third innings it was still all to play for with the champions leading 8-4 with four innings remaining.

The Heath then showed their accuracy with the bat and ran up scores in the 5th inning leaving the score at 17-8.

To Adamstown’s credit they stayed battling away and a great hit from Tristan White brought three home leaving 4 scores between the teams.

The Heath showed their class closing out the game and a catch from Donnagh Treacy sealed the win and booked The Heath’s place in the mixed final.

The Heath now play Erne Eagles of Cavan in the Men’s final and Glynn/Barntown of Wexford in the Mixed final on the 7th of September in Mountmellick.