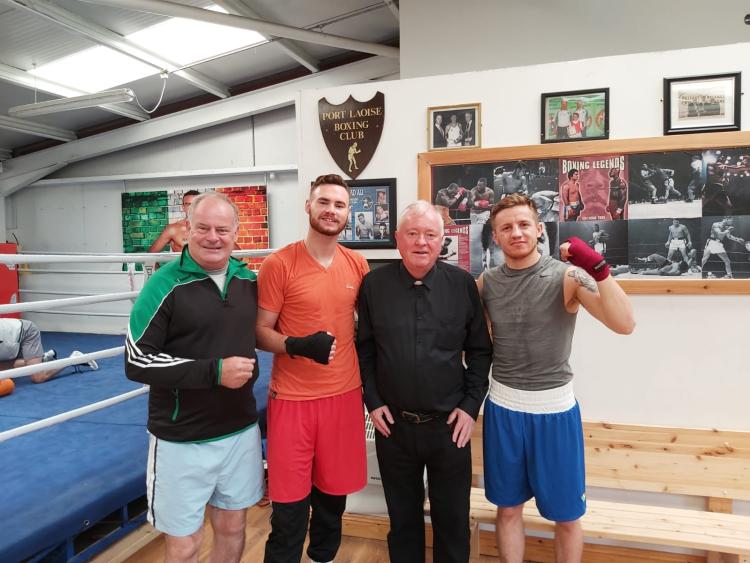 Two of Portlaoise's finest boxers flew to Germany on Sunday last to participate in a multi-nations international training camp.

It is at this training camp, the Olympic and Paralympic Training Centre in Kienbaum, where they will complete their final preparations before flying to Russia to compete in the World Championships, which will be held at Ekaterinburg.

Both boxers are at the peak of their game. They have both earned their places on merit, having produced outstanding performances on the international arena at major International tournaments.

Michael Nevin beat three world class opponents in the European Senior Elite Championships this year and won a bronze medal. Nevin's diplays caught the eye, with his stylish boxing technique a feature of the tournament.

Nevin came up short in his tilt for silver at the championships in Minsk in what Team Ireland described as a 'heartbreaking' way with a knock out win for his opponent Italian Salvatore Cavallaro. However, Team Ireland were proud of what Nevin achieved.

His club-mate Wayne Kelly did similar, competing on a different pathway. He won a bronze medal at the prestigious Ukrainian Multi-Nations Tournament. There was a total of thirty-two boxers in Kelly's category. He had to box four days in-a-row to win the bronze medal.

Boxing continuously for four days in-a-row is a testament to Kelly's resilience and perseverance. His desire to perform and win is relentless. Kelly is a native of Westmeath and boxed with the Ballynacarrigy boxing club, coached by his father, Milly.

Both of these boxers are on a mission and that is to box in the Tokyo Olympics and win medals for Ireland.