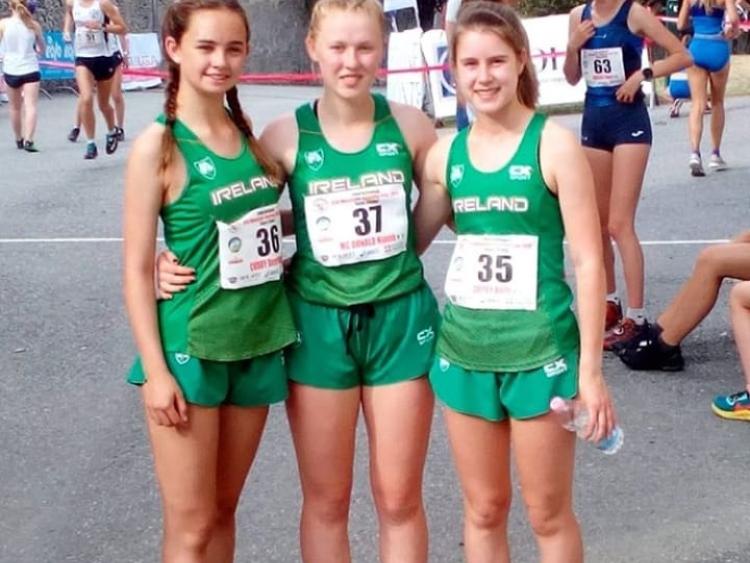 The McDonalds that hail from Ballyroan are probably the most recognisable faces throughout Laois Athletics right now, and county Laois in general.

Even before their appearance on RTE's popular TV series Ireland's Fittest Families, the McDonalds were known as a serious sporting family, and have the medal collection to prove it. Collectively they have won numerous cross-country and road-races, which stood to them when they competed on the TV series.

The brilliant McDonald family competed in “Ireland's Fittest Family”, and after putting in some hugely impressive performances on the TV show, they found themselves in the final which took place in Croke Park. They had the winning of the final in their hands, but ultimately suffered heartache in the decider.

The youngest of the of McDonald family, Niamh, was elected to represent Ireland in the girls U-18 cup mountain running championships which took place over in Susa, Italy, on August 24th.

Given the quality of the field and the world-class athletes, McDonald finished in a solid 36th position in the international championships. Her teammates in the photo above, Aoife Coffey (Lucan AC) and Dearbhaile Cuddy (Tullamore Harriers AC) finished in 17th place and 42nd place respectively.

The Irish girls wouldn't have been used to the running in the high temperatures over there, so a four-part lap course in the Roman town of Susa was never going to be easy.

The girls team finished in 5th place overall, which, given the amount of countries participating and the quality they were up against, is a fantastic achievement.

Well done to Niamh McDonald and the rest of the girls, this won't be the first, or last, trip made abroad to participate internationally.