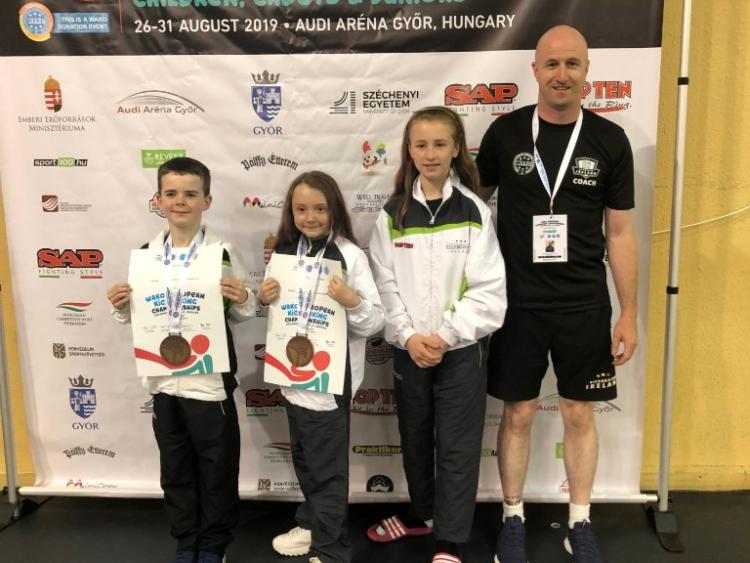 The week of the 23rd of August to September the first saw three fighters from Laois Martial Arts compete in the WAKO European Championships in Gyor, Hungary. The. Team travelled over as part of Team Ireland for the Childrens, Cadets and Junior European Championships. The event is the biggest event on the European Kickboxing calendar.

First to take to the mats was Edward Comerford in the 27kg Children’s. Edward had a great contest beating his English opponent 10-3 to progress to the quarter-finals. Edward would go on to meet Bulgarian opposition in the next round, bowing out after a super contest and earning a bronze medal in the process. Edward was also selected for the team event securing an amazing silver medal for the team after two super performances as part of Team Ireland.

The next team member to step on the mats for Team Ireland was club Black Belt and Junior Coach, Amelia Reinhardt in the 42kg Older Cadets. Amelia secured progression into the next round, which pitted her against a Polish opponent. A really good performance from Amelia saw her narrowly miss out by 3 points to a great fighter.

The final competitor from the club to step on the mats was Caitlin Knight in the 28kg Younger Cadets. Caitlin secured a quarter-final place which put her up against Hungary in her contest. The Hungarian fighter would take the victory after a great performance and effort from both fighters.

Coach Shane Culleton complimented his fighters on their determination and resilience.

“The amount of work it takes from the fighters to reach this level really makes them grow as athletes and people. They all learn how to plan and put things in place in order to try and achieve their goals.

“They have to balance so much in their lives as well as going to another country and adjusting to food, travel, hotels etc. I am so proud of them all. What wonderful role models they all are for our kids in the club.” 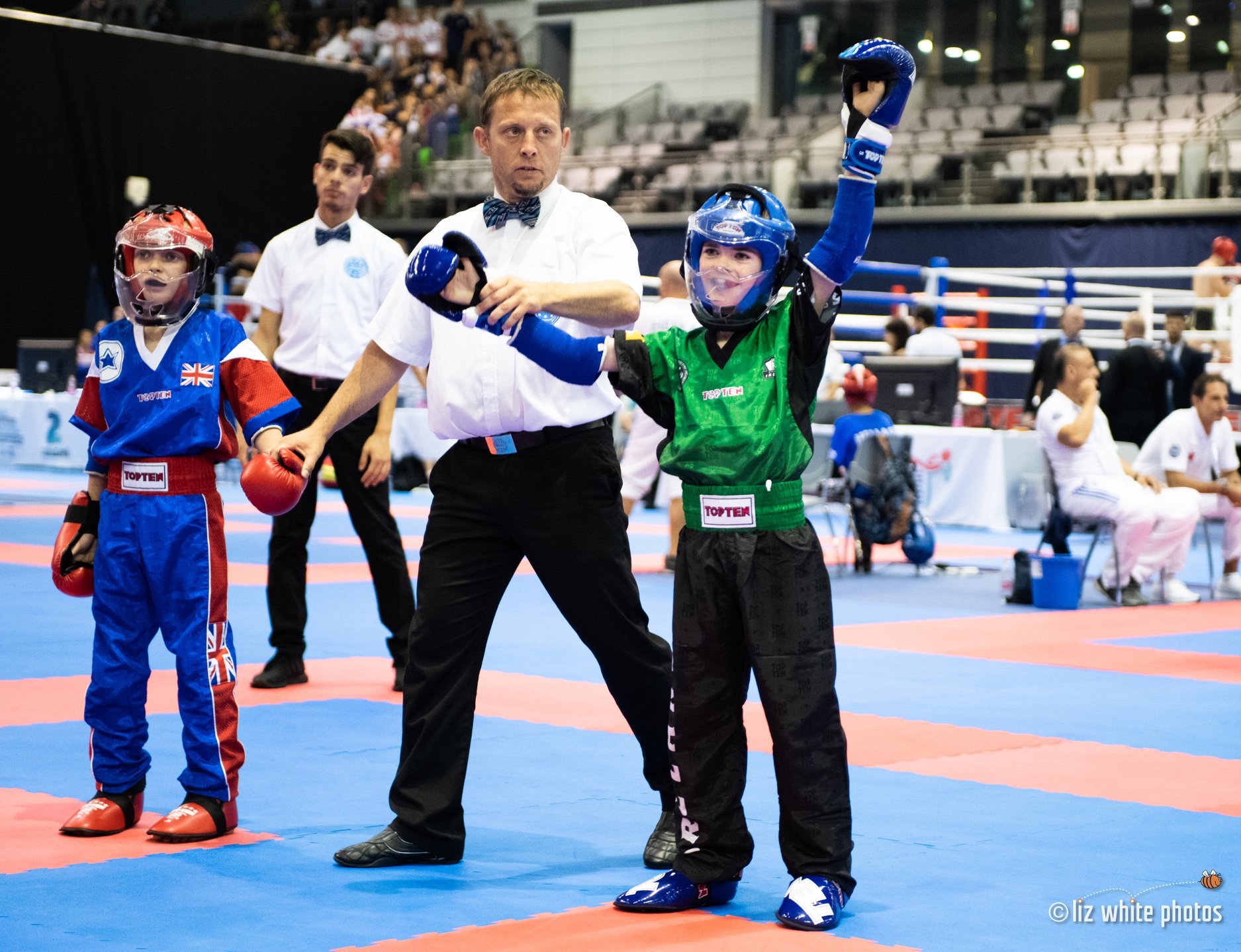 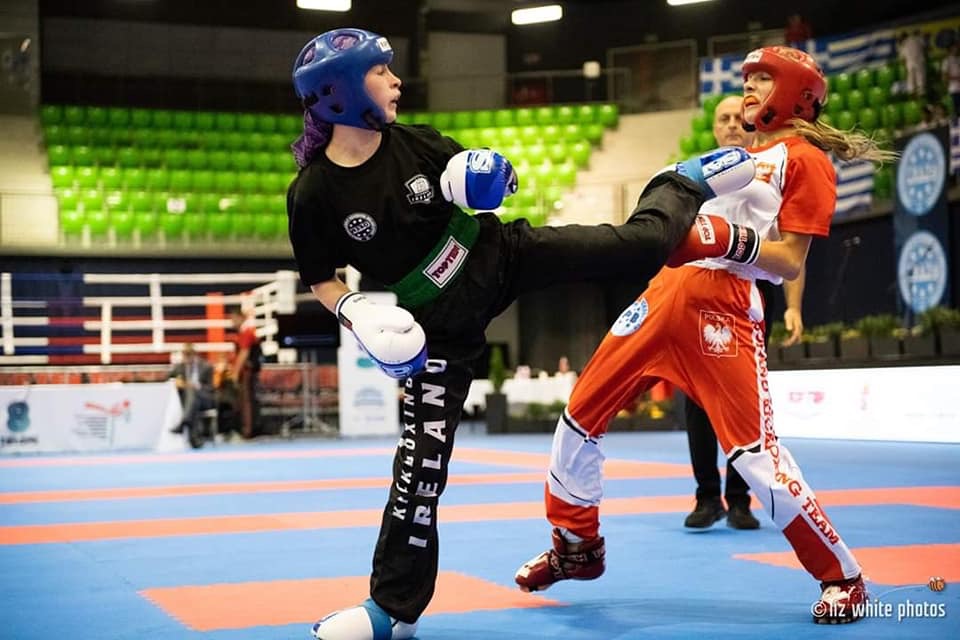 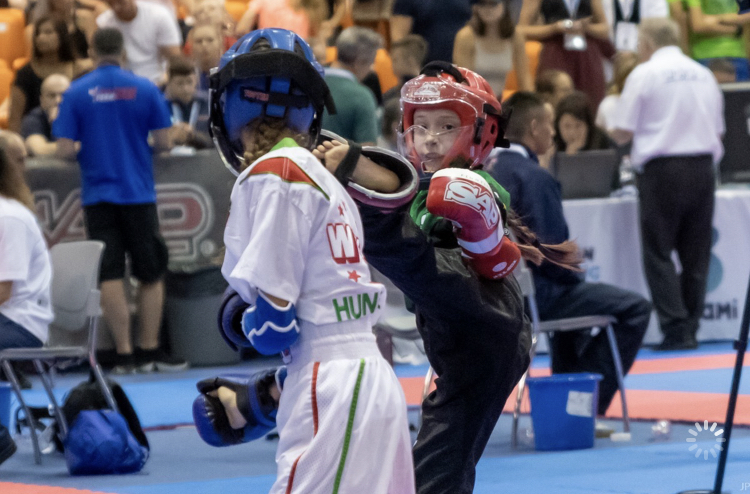